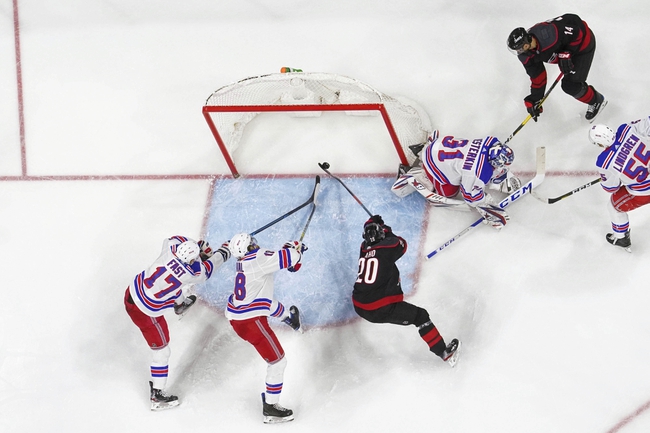 The New York Rangers and the Carolina Hurricanes meet in game one of their best-of-five qualifying round series from Scotiabank Arena on Saturday afternoon.

The New York Rangers enter the qualifying round as the #11 seed in the East, finishing with a record of 37-28-5 and a points percentage of .584 in the regular season. Artemi Panarin is one of the key cogs in the Rangers’ offense, currently up for nomination for the Hart trophy as the league MVP and the Ted Lindsay award for the MVP as voted on by the players. Panarin racked up a team-high 95 points with 63 assists and a team-best +36 rating this season. Mika Zibanejad also deserves some credit as the unsung hero of New York’s offense this season, scoring a team-high 41 goals as part of his 75-point season and his 0.72 goals per game rate was the best in the league this season. Zibanejad was on fire from when the calendar turned over to 2020, posting 25 goals and 44 points in 31 games since New Year’s Day. Henrik Lundqvist and Alexandar Georgiev have been the stalwarts of the crease for the Rangers over the years, but the Rangers have started to usher in the Igor Shesterkin era. Shesterkin posted a 10-2 record with a team-best 2.52 GAA and .932 save percentage in 12 games played.

The Carolina Hurricanes on the other hand, come in as the #6 seed, sitting with a record of 38-25-8 with 81 points and a points percentage of .596 this season. The Hurricanes shocked a lot of people, myself included, with the poise and balance they’ve shown as a team over the last couple of seasons under Rod Brind’Amour, led by Sebastian Aho who logged 66 points with a team-high 38 goals in the regular season. Andrei Svechnikov and Teuvo Teravainen flank Aho on Carolina’s top line, a top line that’s done a lot of the damage this season, posting a combined 77 goals between the three with Teravainen logging a team-high 48 assists in the regular season. The ‘Canes are also solid defensively, but it all starts with the goaltenders and Petr Mrazek saw the bulk of the workload for Carolina, posting a record of 21-18-2 with a 2.69 GAA and .905 save percentage in the regular season.

Carolina’s a solid team with some pretty decent goaltending in Mrazek and Reimer, but they’ve proven to be a bit shaky and I’m not sure the qualifying round of the playoff is the place to work out those kinks. On the other hand, New York is young and hungry but it’ll be interesting to see if the momentum holds up for this series and if a young goaltender like Shesterkin has nerves going into this high pressure situation. Give me the over as my free play for this game but I also have a premium pick on the side that you can find here. 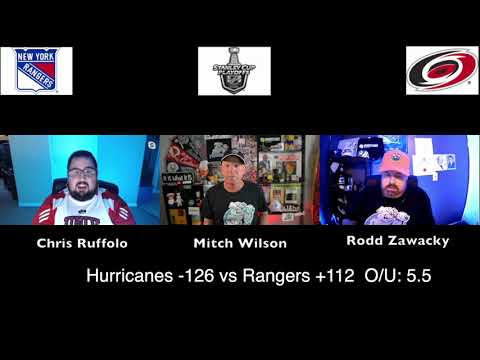