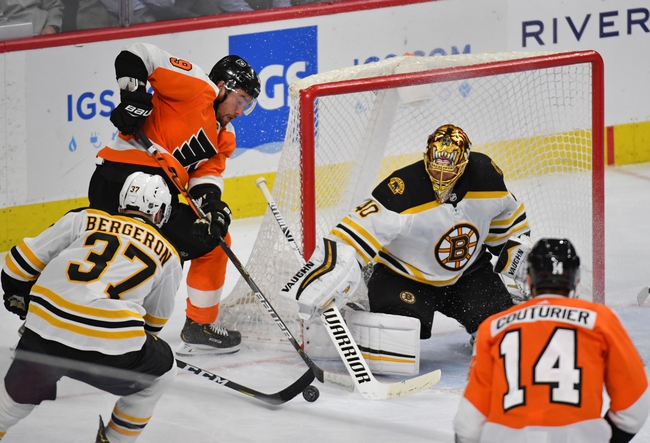 The Boston Bruins entered the NHL break winning 16 of their last 20 games. The Boston Bruins are averaging 3.2 goals per game and are scoring on 25.2 percent of their power play opportunities. David Pastrnak leads Boston with 48 goals, Brad Marchand has 59 assists and Patrice Bergeron has 203 shots on goal. Defensively, the Boston Bruins are allowing 2.4 goals per game and are killing 84.2 percent of their opponents power plays. Tuukka Rask has given up 85 goals on 1,189 shots faced and Jaroslav Halak has allowed 73 goals on 905 shots.

This game should be fun in terms of seeing if either of these clubs can pick up where they left off heading into the unexpected break. These were two of the hotter teams, as the Boston Bruins found their championship form and the Flyers simply couldn't lose and emerged quickly into a title contender when folks earlier in the season wondered if they'd make playoffs. On top of the form, the Flyers have won five of the last seven meetings against the Bruins. So, I'll take a stab with the plus money in this spot.