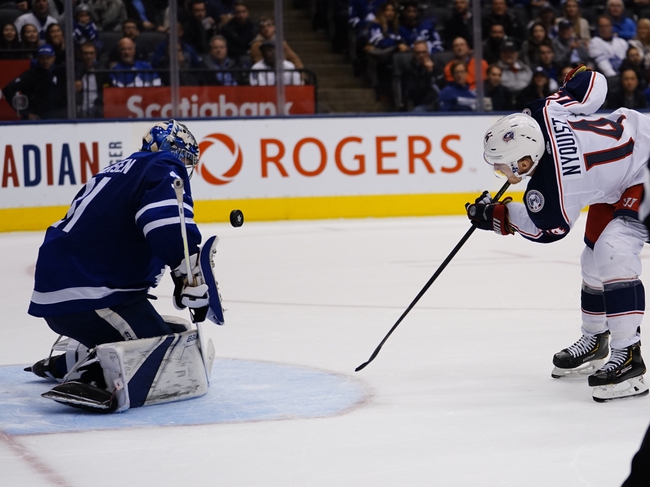 The Columbus Blue Jackets and the Toronto Maple Leafs meet in game one of their best-of-five qualifying round series from Scotiabank Arena on Sunday evening.

The Columbus Blue Jackets enter as the #9 seed in the East with a record of 33-22-15 and 81 points with a point percentage of .579 this season. The modified playoff format allowed Columbus to make the playoffs for the 4th straight season after Columbus’ sweep of the President’s Trophy winning Tampa Bay Lightning last season. Pierre-Luc Dubois leads Columbus with 49 points with a team-high 31 assists while Zach Werenski and Oliver Bjorkstrand each had 20-goal campaigns for the Jackets with Bjorkstrand putting up a team-high 21 goals in 49 games this season. Elvis Merzlikins and Joonas Korpisalo split the workload between the pipes for Columbus, with Merzlikins logging a 13-9-8 record and a 2.35 GAA with a .923 save percentage while Korpisalo went 19-12-5 with a 2.60 GAA and .911 save percentage this season.

The Toronto Maple Leafs come into the playoffs as the #8 seed in the Eastern Conference after posting a 36-25-9 record for 81 points with a .579 point percentage this season, marking the 4th straight season that Toronto made the playoffs but they’re hoping that this year they can make it out of the first round. Auston Matthews leads Toronto with 80 points including a team-high 47 goals, 25 power play points and 12 power play goals while Mitch Marner has 67 points with a team-high 51 assists and 24 power play points. John Tavares added 60 points with 26 goals and 34 assists and William Nylander had 59 points with 31 goals this season. Frederik Andersen saw the bulk of the workload in goal, posting a 29-13-7 record with a 2.85 GAA and a .909 save percentage this season.

This series looks very even on paper, with both teams having the same amount of points and the same point percentage coming into the playoffs and Columbus appears to have more balance between the two teams and they also have a first round playoff series win which is something Toronto doesn’t. However, the duo of Korpisalo and Merzlikins doesn’t do a whole lot for me and while the Leafs have some defensive issues, the offense is strong and Freddie Andersen can steal a game on his own when he’s on. I don’t love the price but I think Toronto starts off on the right foot here with a win. 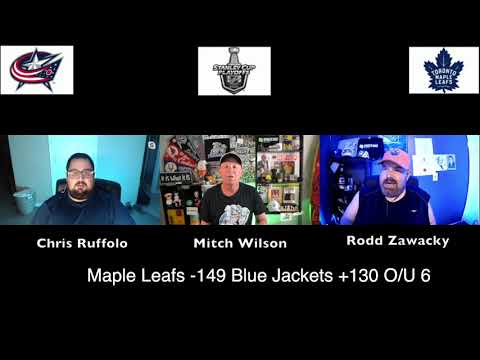