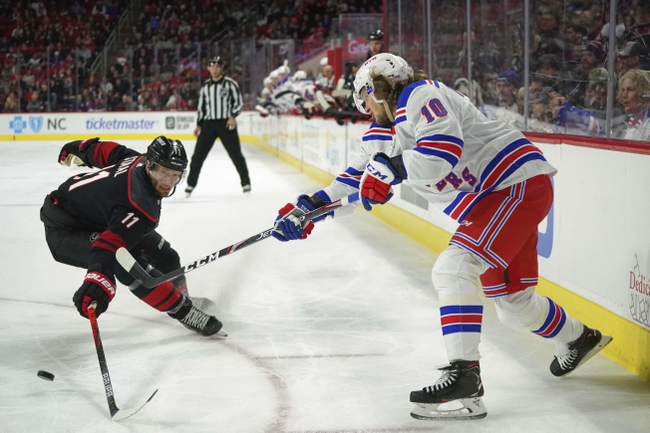 The New York Rangers and the Carolina Hurricanes meet in game two of their best-of-five qualifying round series from Scotiabank Arena on Monday afternoon.

The New York Rangers will try to bounce back after the ‘Canes drew first blood with a 3-2 win in the series opener on Saturday afternoon. Jaccob Slavin got Carolina on the board just over a minute into the restart of playoff hockey and the lead held until Sebastian Aho doubled Carolina’s advantage at the 6:29 mark of the second period. Mika Zibanejad would get New York on the board with five and a half minutes to go in the middle frame. Martin Necas would restore Carolina’s two-goal cushion just after the midway point of the third period but the Rangers wouldn’t go down quietly as Marc Staal cut into the lead with just under two minutes to go but that’s as close as the Rangers would get as Carolina held on for the win.

Petr Mrazek got his first win of the postseason in goal for the Hurricanes after stopping 24 of 26 shots faced while Henrik Lundqvist took the loss in the surprise start after Igor Shesterkin was deemed unfit to play, allowing three goals on 37 shots faced in the defeat.

Carolina picked up a solid win in the opener and I was one of many that was caught off guard with Lundqvist getting the start but he’s had success against Carolina, including three wins against the ‘Canes in the regular season. I think New York comes into this game with fixing their mistakes as a top priority, so I’ll take a shot with the Rangers and the plus money to even this series up at one win apiece. 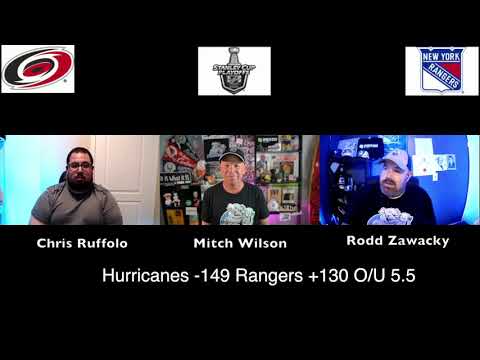