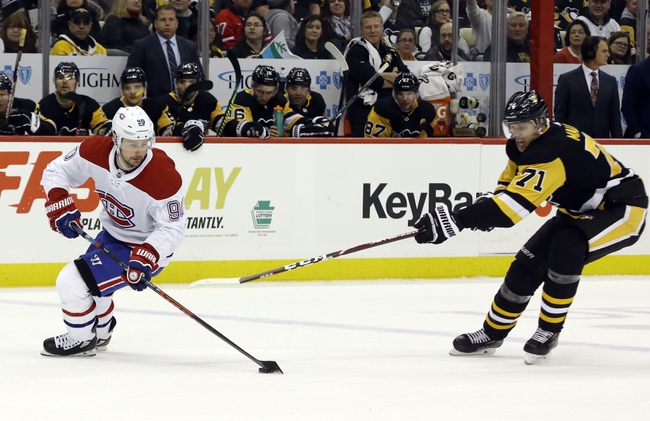 The Montreal Canadiens and the Pittsburgh Penguins meet in game two of their best-of-five qualifying round series from Scotiabank Arena on Monday night.

The Montreal Canadiens will be looking to take a 2-0 series lead after stunning the Pittsburgh Penguins in the series opener by a final score of 3-2 in overtime last time out. Jesperi Kotkaniemi opened the scoring for Montreal with the lone goal of the opening period and Nick Suzuki would double the lead just under seven minutes into the second period. Sidney Crosby would get Pittsburgh on the board 3:02 later and Bryan Rust would tie the game at two for Pittsburgh just 2:39 later. The third period saw no scoring, so it was off to overtime where Jeff Petry slammed the door on any Penguins comeback story, scoring Montreal’s OT winner with just over six minutes to play in the extra frame.

Carey Price got the win for Montreal after stopping 39 of 41 shots faced while Matt Murray ended up with the loss for Pittsburgh after allowing three runs on 35 shots faced in the defeat.

Like it or not, these expanded playoffs gave an extra eight teams a chance to make an impact and Montreal was one of the teams that made the most of their first chance on opening night with the OT win. Pittsburgh has a bunch of talent on their team, but I think Montreal figured out the formula to beat Pittsburgh. It also doesn’t hurt that Carey Price stood on his head, and he's capable of doing that multiple times which could be key for the Habs if they’re going to win this series. Montreal has all of the momentum right now though so I’ll take a stab at Montreal and the plus money to push Pittsburgh’s backs against the wall here.