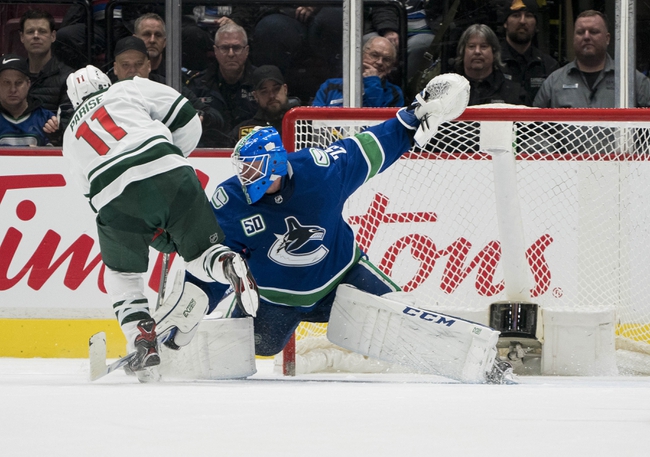 The Minnesota Wild and the Vancouver Canucks meet in game two of their best-of-five qualifying round series from Rogers Place on Tuesday night.

The Minnesota Wild will try to take a 2-0 stranglehold in the series after opening the set with a 3-0 win over the Canucks in game one last time out. Kevin Fiala opened the scoring for the Wild on the power play less than three minutes into the game before Jared Spurgeon doubled Minnesota’s lead with a power play marker of his own just after the midway point of the second period. Vancouver would push for a goal to get back into the game but it never came as Spurgeon locked up the win for Minnesota with an empty-netter late in the 3rd to secure the win for the Wild heading into game two.

Alex Stalock got the win after stopping all 28 shots faced for the shutout while Jacob Markstrom ended up with the loss after allowing two goals on 30 shots faced in the losing effort.

With the young roster that the Canucks have, it’s not farfetched to think that their games would and should fly over the total unlike what happened in game one. However, the Canucks have run cold and that young roster just doesn’t look like they know how to get out of the tailspin that they’re in offensively. On the other hand, Minnesota will probably like to play the more deliberate pace that a veteran team would like to play against a young run and gun team like the Canucks have so I could easily see this one playing out the same way game one did, with a low-scoring game. I’ll side with the under as my free pick for this game but my stronger play is on the side and I have it available as a premium pick that you can find here. 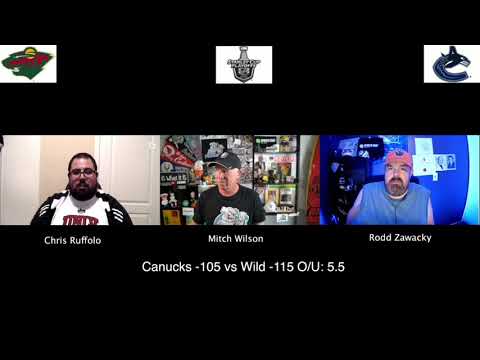