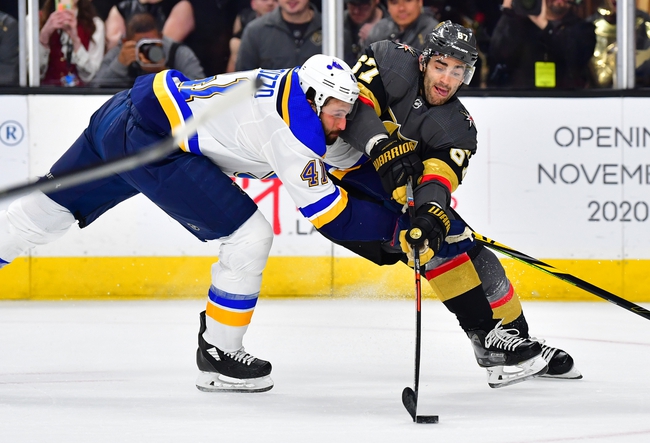 The Vegas Golden Knights and the St. Louis Blues meet in a round-robin game in NHL action from Rogers Place on Thursday.

The Vegas Golden Knights will look to build off of a 5-3 win over the Dallas Stars in their last outing. Chandler Stephenson opened the scoring for Vegas just over a minute into the game and that goal held through the first period and into the second where Dallas surged in front 2-1 with a pair of goals :42 apart. Dallas added a third just over four minutes later, and Vegas would be up against it into the third period but Mark Stone and Nate Schmidt would score 1:29 apart to tie the game at three and Will Carrier would give Vegas a 4-3 lead just over three minutes after that. William Karlsson would ice the win for the Golden Knights with an empty-netter in the final minute, slamming the door shut on a comeback attempt from Dallas. Robin Lehner got the win in goal after stopping 24 of 27 shots faced in the winning effort.

The St. Louis Blues will look to rebound after a heartbreaking start to their round-robin portion of the schedule with a 2-1 loss to Colorado last time out. David Perron opened the scoring for the Blues on the power play with the lone goal of the opening period, and Perron’s goal would stand after the first and through the second intermission going into the 3rd. Colorado would tie the game at one less than six minutes into the 3rd and the Avs would end up stealing the win with 0.1 seconds to play after a buzzer-beating goal from Nazem Kadri put the Blues on the wrong side of the 2-1 score line. Jordan Binnington took the loss, falling after allowing two goals on 38 shots faced in the losing effort.

The lower line with the defending champion Blues is tempting as St. Louis doesn’t want to go down 0-2 in the round-robin here. However, that kind of last-second heartbreaker loss can linger into the next game, and that’s not good when you’re up against a team in such good form like the form that Vegas is exhibiting right now. The Golden Knights in their brief existence just have a tendency of turning it on around this time of the season, so I’ll side with the Golden Knights to pick up another win here. 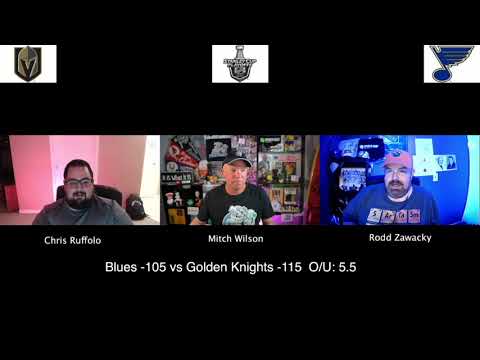