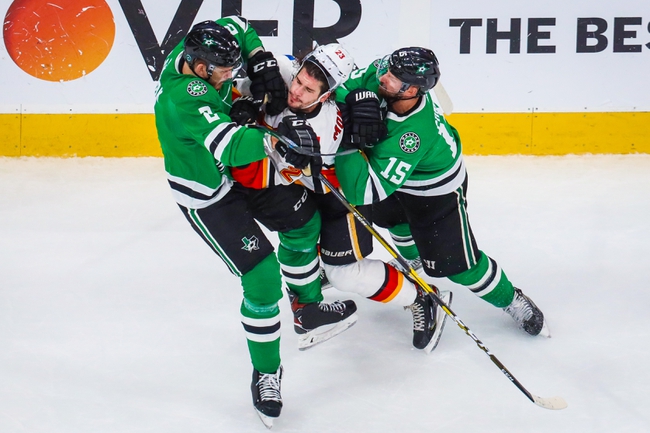 The Dallas Stars and Calgary Flames meet Friday in game three of the NHL West First Round at the Rogers Place.

The Dallas Stars look for back-to-back victories to take a 2-1 series lead. The Dallas Stars are averaging 1.50 goals per game and are scoring on 9.1 percent of their power play opportunities. Joe Pavelski leads Dallas with two goals, Miro Heiskanen has five assists and Jamie Benn has nine shots on goal. Defensively, the Dallas Stars are allowing 3.25 goals per game and are killing 76.9 percent of their opponents power plays. Ben Bishop has given up four goals on 32 shots faced and Anton Khudobin has allowed eight goals on 88 shots.

I didn't want much to do with the Dallas Stars based on how they played in their round robin games, but they showed heart and toughness in their game two victory. The Stars bounced back after giving up an early goal and then quickly responded after giving up a late goal to blow a 3-1 lead. That last second victory to prevent overtime can do wonders for a teams confidence and it shifts the momentum heading into the next contest, especially with this game less than 24 hours later. I'll lean toward the Stars in this game.