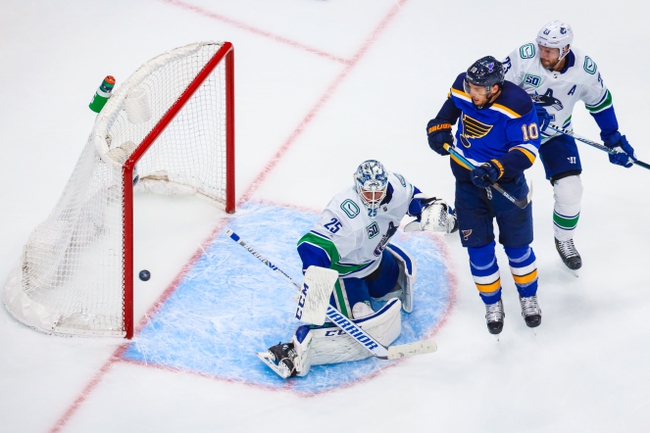 The Vancouver Canucks and the St. Louis Blues meet in game two of their best-of-seven Western Conference quarter-final matchup in NHL action from Rogers Place on Friday.

The Vancouver Canucks will try to stun the defending Stanley Cup champions after taking the series opener against St. Louis by a final count of 5-2 last time up.

Bo Horvat opened the scoring for the Canucks just 4:29 into the game but David Perron would tie things up at one for St. Louis with just over three minutes to go in the opening frame. Elias Pettersson would restore Vancouver’s lead just under nine minutes into the second but Jaden Schwartz would tie the game for St. Louis once again, this time at two goals apiece just before the halfway mark of the second period and of the game. The tie held until Troy Stecher gave Vancouver the lead for good 5:37 into the 3rd. Horvat scored his second of the game just after the eight minute mark to give the Canucks a 4-2 lead and J.T. Miller would lock up the win with a goal with :39 to play to push the lead to 5-2 and pour salt in the Blues’ wound.

If I’m going to back St. Louis here at all, I think I’d need to see a goalie change for at least a game as something just seems off with Jordan Binnington. Jake Allen picked up St. Louis’ only win of the round-robin and maybe the Blues haven’t kicked the hangover of last year’s cup win, but I can’t back St. Louis in their current form. Vancouver’s just clicking right now an bringing a ton of value to the table here as well, so I’ll side with the Canucks to take a surprising 2-0 series lead here. 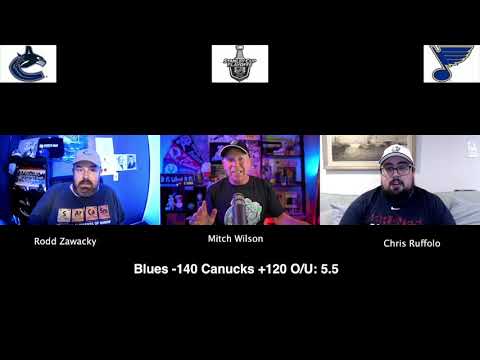