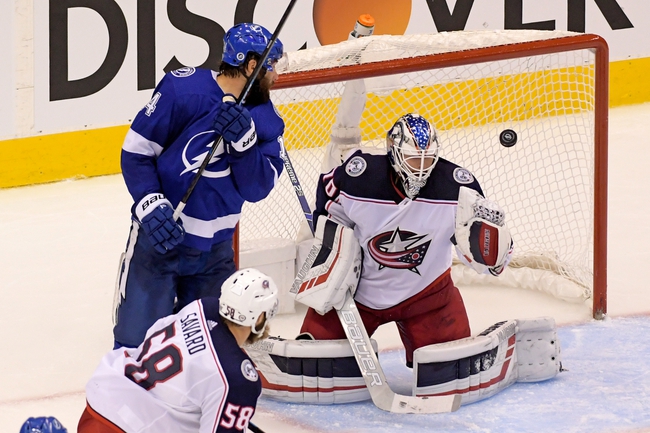 The Tampa Bay Lightning and the Columbus Blue Jackets meet in game three of their best-of-seven Eastern Conference quarter-final matchup in NHL action from Scotiabank Arena on Saturday night.

The Tampa Bay Lightning will look to bounce back and regain their series lead after Columbus tied the series at one win apiece following a 3-1 decision in game two last time out. Nikita Kucherov opened the scoring for the Lightning just 5:24 into the game, but Ryan Murray would tie the game at one for Columbus with just over seven minutes to go in the opening period and Oliver Bjorkstrand gave the Jackets a 2-1 lead with 1:25 to go in the opening period. Neither side would add to the score in the second and despite Tampa Bay’s best efforts, outshooting Columbus 25-16 over the final two periods, the Blue Jackets would add an insurance goal off of the stick of Alexander Wennberg to make it a 3-1 game, a 3-1 lead that Columbus would ride to the final horn to tie the series up at one win apiece.

Joonas Korpisalo got the win in goal for Columbus after stopping 36 of 37 shots faced in the winning effort while Andrei Vasilevskiy took the loss in net for Tampa Bay after allowing three goals on 22 shots faced.

Tampa Bay is 42-13 in their last 55 games against a team with a losing record and 1-5 in their last 6 conference quarter-final games while the under is 3-0-1 in their last 4 playoff games as a favorite. Columbus is 7-15 in their last 22 games overall and 1-6 in their last 7 games following a win. The underdog is 5-2 in the last 7 meetings between these two teams.

I understand the idea behind the Lightning being favored, but the Blue Jackets have now won 5 of the last 6 meetings in the playoffs against Tampa Bay, and the Blue Jackets have shown that they’re willing to go toe to toe with a team like Tampa Bay. John Tortorella is as tough of a coach as they come, and Columbus won’t just go down without a fight. The Lightning have a tendency to think that they’re better than how they actually perform on the ice and it’s going to come back to haunt them. I think Columbus comes out firing again, so I’ll take a shot with the Blue Jackets and the plus money in this one. 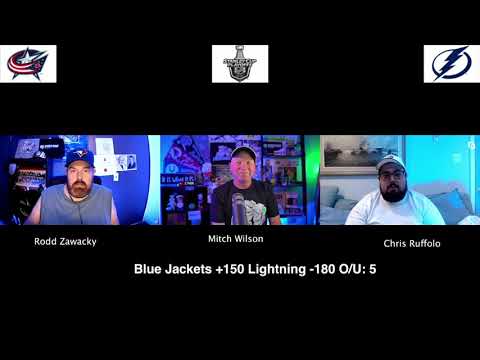