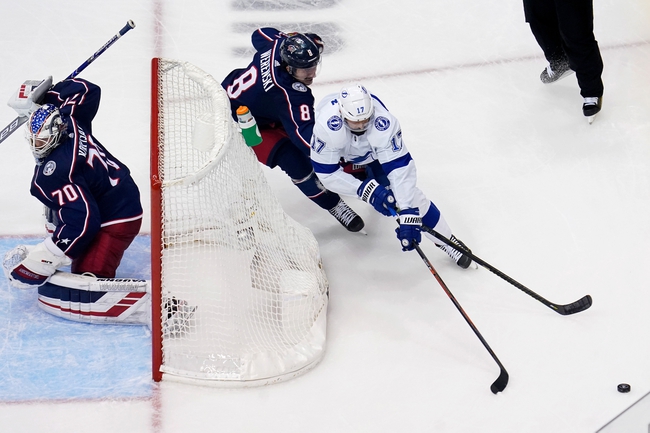 The Tampa Bay Lightning and the Columbus Blue Jackets meet in game four of their Eastern Confernce quarter-final series in NHL action from Scotiabank Arena on Monday.

The Tampa Bay Lightning will try to take a 3-1 series lead after going up two games to one with a 3-2 win over Columbus in game three.

Alex Killorn opened the scoring for Tampa Bay with the lone goal of the opening period but Riley Nash would tie the game at one for Columbus just 1:49 into the second period. Brayden Point would restore the Lightning’s lead with just over five minutes to go in the second and Victor Hedman pushed the Bolts’ lead to 3-1 with just over a minute to go in the second period. Eric Robinson cut the deficit to 3-2 just under the two minute mark in the 3rd, but the Blue Jackets would only muster up three shots on goal in the 3rd as Tampa Bay put the clamps on and locked up the win, sending Columbus back empty-handed and behind in the series. Andrei Vasilevskiy got the win in goal for Tampa Bay after stopping 15 of 17 shots faced in the win while Joonas Korpisalo ended up with the loss after giving up three goals on 34 shots faced in defeat for Columbus.

Tampa Bay got the upper hand in game three, and I don’t care who you have on your team, you’re not winning many games when you only have seven shots on goal over the last 40 minutes of the game the way the Blue Jackets did as Tampa Bay locked up Columbus. I think the Blue Jackets rebound though as Joonas Korpisalo’s been standing on his head and the Blue Jackets know they need to do more to help out their net-minder. I think we see a more inspired effort from Columbus here, so give me the Blue Jackets and the plus money as my free pick for this game. My stronger play though is on the total, and I have that available as a premium play that you can find here. 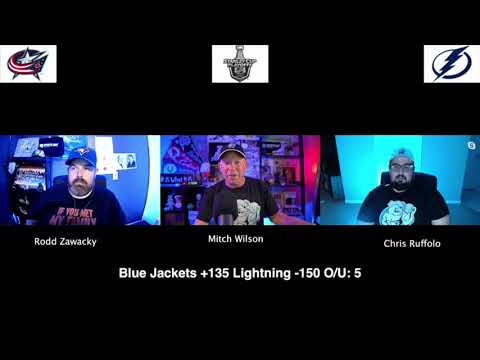