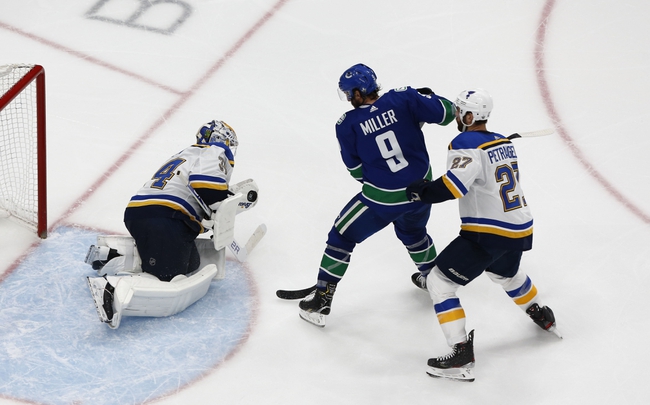 The Vancouver Canucks and St. Louis Blues meet Monday in game four of the NHL West First Round at the Rogers Place.

The St. Louis Blues showed their championship mental toughness in their game three victory, as their defense showed up and they got more aggressive on the offensive end in the third period and overtime. I said to myself whoever won last nights overtime contest is the team I'd pick to win this game as well. An overtime win, especially on the end of a back to back, does wonders for a teams confidence. It's almost like a team won a game and a half when they win in overtime in the postseason, and it's a lot easier to show up to the ice less than 24 hours later on a victory. It gives the Blues an extra pep in its step.

Give me the Blues again, as this series is evened up at two.