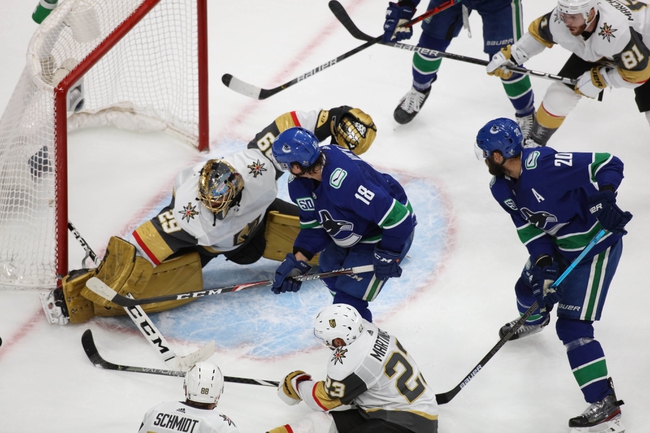 The Vegas Golden Knights and the Vancouver Canucks meet in game five of their best-of-seven Western Conference semi-final series from Rogers Place on Tuesday night.

The Vegas Golden Knights will look to close out the series and head back to the Western Conference finals after taking a 3-1 series lead with a 5-3 win over the Canucks in game four last time out.

Max Pacioretty opened the scoring for Vegas jst before the midway point of the opening period and the lead held for all of 1:47 before Vancouver tied the game at one off of the stick of Elias Pettersson. Chandler Stephenson restored Vegas’ lead just 2:04 later and the lead held up until the second period where Bo Horvat tied the game at two for the Canucks and Tyler Toffoli gave Vancouver the lead just after the midway point of the second. Nate Schmidt tied it at three for Vegas just under three minutes into the 3rd and Pacioretty and William KArlsson would score 1:27 apart in the 3rd to push the Golden Knights lead to 5-3 with 11:31 to go, and that’s all Vegas would need as they slammed the door shut on the Canucks the rest of the way, taking the 3-1 stranglehold of the series.

I’ve had a hard time getting a pulse on the total in this series, but even with so much at stake in game five, I’m still liking the over here. This is a series featuring two fast paced teams that like to push the pace and I think we’re still going to see a lot of scoring here. I could easily see this one hitting 7 of 8 goals as well, so give me the over as my free play for this game but my stronger play is on the side and I have that available as a premium play that you can find here. 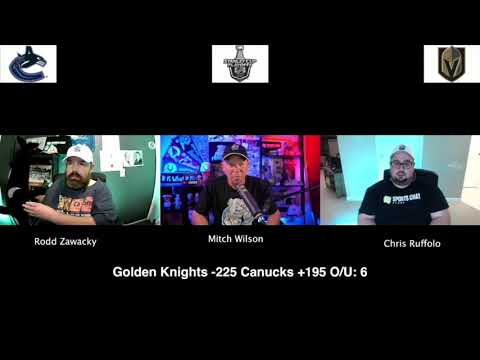