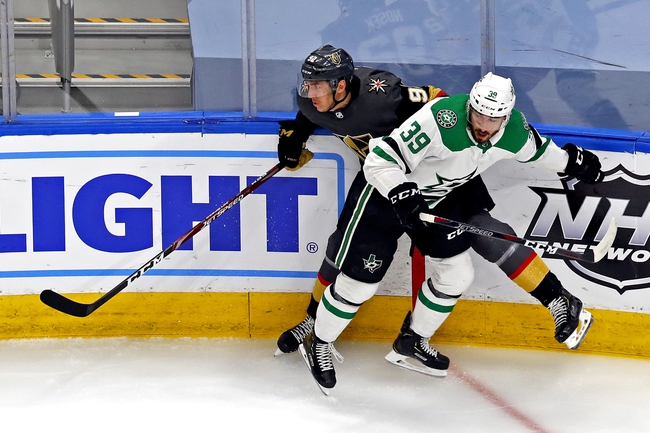 The Dallas Stars and Vegas Golden Knights meet Tuesday in game two of the NHL Western Conference Finals at the Rogers Place.

The Dallas Stars look for another upset victory to take a 2-0 series lead. The Dallas Stars are averaging 3.18 goals per game and are scoring on 27.3 percent of their power play opportunities. Joe Pavelski leads Dallas with eight goals, Miro Heiskanen has 16 assists and Jamie Benn has 44 shots on goal. Defensively, the Dallas Stars are allowing 3.29 goals per game and are killing 83.3 percent of their opponents power plays. Ben Bishop has given up 12 goals on 77 shots faced and Anton Khudobin has allowed 41 goals on 474 shots.

The Vegas Golden Knights went from being the favorites to win the cup to scoring one or less goals in three of their last four games, so while they're probably still the team to beat in most eyes, there is some pause for concern heading into what feels like a must win spot. The Dallas Stars look like a completely different team than they were when they entered the bubble, and there's some value with the plus money based on their current form. Still, I'm not going to panic, and I'm going to give the Golden Knights the benefit of the doubt.

I'll back the Golden Knights and the reasonable price.