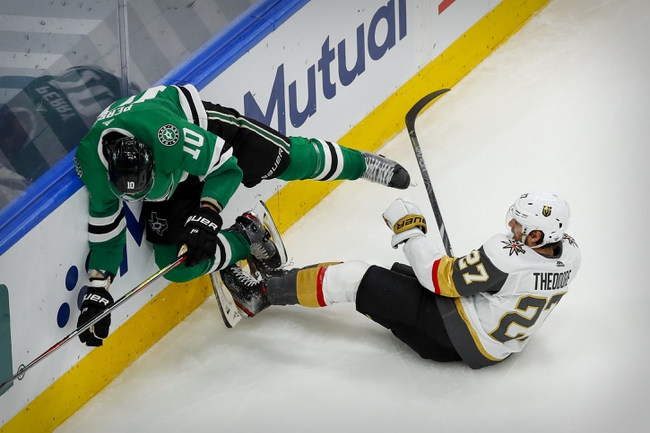 The Dallas Stars and Vegas Golden Knights meet Saturday in game four of the NHL Western Conference Finals at the Rogers Place.

The Dallas Stars look for another upset win to take a commanding 3-1 series lead. The Dallas Stars are averaging three goals per game and are scoring on 25.9 percent of their power play opportunities. Joe Pavelski leads Dallas with eight goals, Miro Heiskanen has 17 assists and Jamie Benn has 50 shots on goal. Defensively, the Dallas Stars are allowing 3.21 goals per game and are killing 82.9 percent of their opponents power plays. Ben Bishop has given up 12 goals on 77 shots faced and Anton Khudobin has allowed 46 goals on 541 shots. Jake Oettinger has allowed zero goals on five shots.

The Dallas Stars seem to have figured out Vegas offensively, as the Golden Knights entered this series on a scoring tear, and they're now averaging 1.6 goals through three games. The Stars also have a major momentum boost after finding a way to win game three in overtime and I like backing teams coming off overtime victories in the playoffs. With that said, the Golden Knights have still been the most balanced team in the playoffs and have done a great job of bouncing back quickly from losses. This is pretty much a must win for Vegas, as it can't afford to put itself in a 1-3 hole. I expect the Golden Knights to figure things out. I'll back Vegas and the juice in game four.