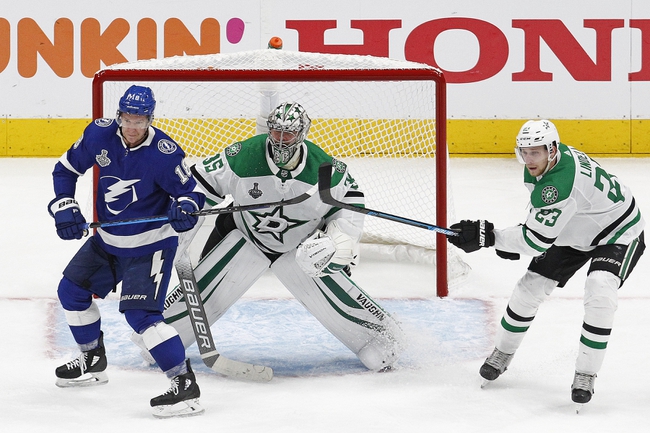 The Dallas Stars take on the Tampa Bay Lightning meet in game two of the Stanley Cup Finals in NHL action from Rogers Place on Monday night.

The Dallas Stars will try to take a 2-0 series lead after holding the Lightning to a 4-1 win over the Bolts from game one last time out.

Joel Hanley opened the scoring for the Stars just under six minutes into the game but Yanni Gourde would restore the tie at one goal apiece with 7:28 to go in the first. The tie held into the second while Jamie Oleksiak would restore the two-goal cushion with 7:30 to go in the second. Joel Kiviranta pushed the lead to 3-1 later in the second. The 3-1 scoreline held up until late in the 3rd when Jason Dickinson restores Dallas’ lead to make it 4-1 on the board and to give the Stars the early series lead.

I get why the Lightning continue to be favored, but my issue is that I haven’t seen anything that warrants the Lightning to continue to be favored in this spot other than expectation that Tampa Bay has to get back into the series at some point. I’ll continue to ride Dallas in this series until the hot hand starts to cool off. I’ll take Dallas and the plus money but my stronger play is on the total and I have that available as a premium pick that you can find here.