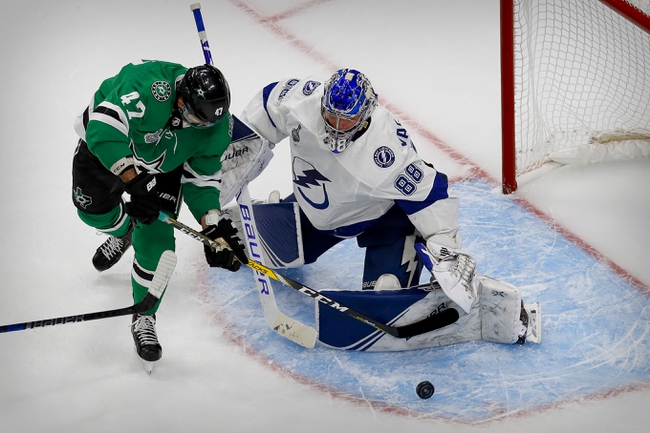 The Dallas Stars and Tampa Bay Lightning meet Saturday in game five of the NHL Stanley Cup Final at the Rogers Place.

The Dallas Stars need a win here to save their season and force a game six on Monday. The Dallas Stars are averaging 2.92 goals per game and are scoring on 24.7 percent of their power play opportunities. Joe Pavelski leads Dallas with 10 goals, Miro Heiskanen has 18 assists and Jamie Benn has 65 shots on goal. Defensively, the Dallas Stars are allowing 3.04 goals per game and are killing 82.1 percent of their opponents power plays. Ben Bishop has given up 12 goals on 77 shots faced and Anton Khudobin has allowed 58 goals on 706 shots. Jake Oettinger has allowed zero goals on eight shots.

I've made cases several times for the Dallas Stars to make this a series and even possibly win it, and while they've been competitive in every game, they've continue to come up short. A bounce here or a bounce there, this series is looking a little different, but at some point you have to cut your losses and just admit the Tampa Bay Lightning are the better team and are forcing some of these breaks. To make matters worse for the Stars, they have to play on the end of a back to back after losing an overtime heartbreaker. The Lightning are oozing with confidence and can taste the cup at this point.

I have no choice but to back the Lightning.