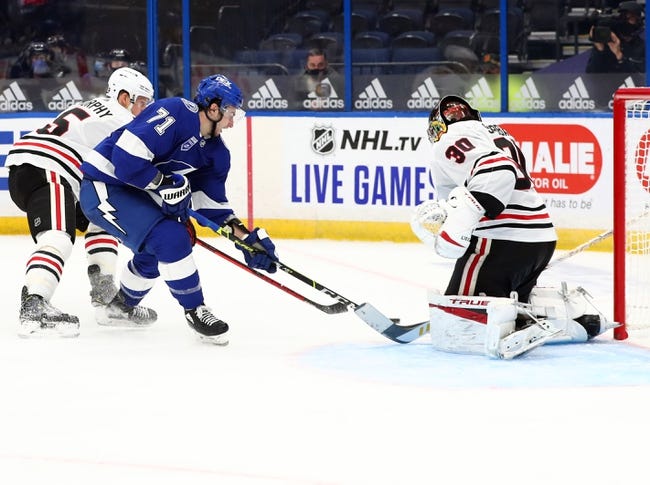 The Chicago Blackhawks and the Tampa Bay Lightning meet in NHL action from the Amalie Arena on Friday night.

The Chicago Blackhawks will try to bounce back and earn a split of the back-to-back with Tampa Bay after a 5-1 loss to the Bolts last time out.

Ondrej Palat opened the scoring for Chicago just after the midway point of the opening period and Mathieu Joseph and Anthony Cirelli would push Tampa’s lead to 3-0 by the end of the 1st period with a pair of goals 1:39 apart.

Steven Stamkos pushed the lead to 4-0 with the lone goal of the middle period coming just before the midway point of the 2nd and Brayden Point made it 5-0 Bolts early in the 3rd. Dylan Strome pulled a consolation goal back to ge Chicago on the board with just under four minutes to play, but that’s as close as Chicago would get as Tampa Bey held on for the victory at the final horn by four goals.

I get the allure of the plus money as it’s still early in the season, guys are still getting their feet underneath themselves, and it only takes one bounce to completely shift the game in Chicago’s favor. However, we saw how much of a mismatch the first meeting was and I can’t help but think we see more of the same here as Tampa Bay gets more comfortable. I think it’s a long season coming for the Chicago Blackhawks. Give me Tampa Bay on the puck line in this one.