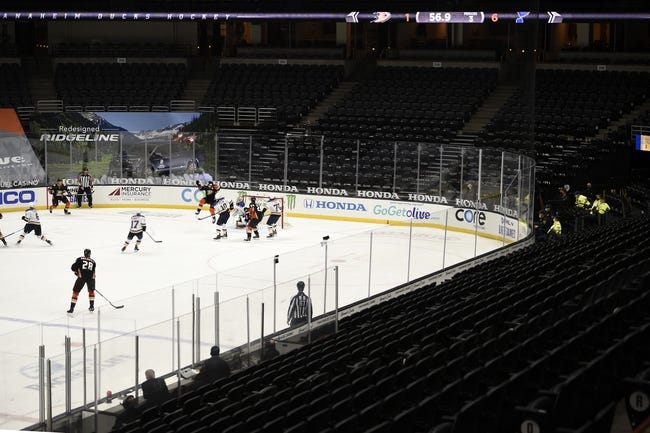 The St. Louis Blues and Anaheim Ducks meet Sunday in NHL action at the Honda Center.

The Anaheim Ducks need a win after losing four of their last six games. The Anaheim Ducks are averaging 1.8 goals per game and are scoring on 6.3 percent of their power play opportunities. Max Comtois leads Anaheim with three goals, Carter Rowney has four assists and Rickard Rakell has 24 shots on goal. Defensively, the Anaheim Ducks are allowing 2.1 goals per game and are killing 86.4 percent of their opponents power plays. John Gibson has given up 13 goals on 225 shots faced and Ryan Miller has given up three goals on 32 shots.

The St. Louis Blues are playing the better hockey and just absolutely dominated the Ducks last night in a 6-1 victory. The Anaheim Ducks are still having issues putting together consistent offense and have now been held to two or less goals in eight of their first nine games. It can always be tricky when playing the same team twice in as many days, but the Blues have the clear edge in this spot once again.