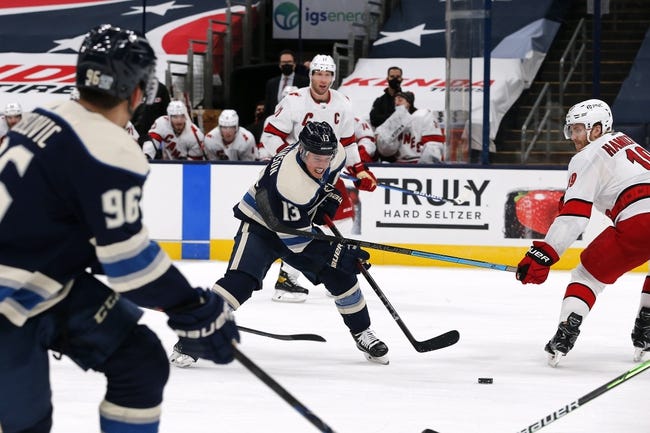 The Carolina Hurricanes and Columbus Blue Jackets meet Monday in NHL action at the Nationwide Arena.

The Carolina Hurricanes continue to play solid hockey at both ends of the ice, and while it's just nine games, they're becoming a harder and harder team to bet against. The Columbus Blue Jackets finally showed potential on the offensive side yesterday and still came away with the loss, as the Canes responded anytime they gained some momentum. The Carolina Hurricanes are in quite the groove right now and not a team I'm eager to bet against. I'll lay the reasonable price.