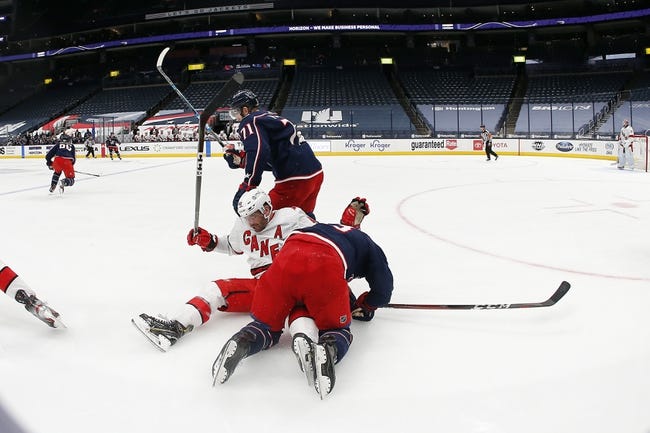 The Columbus Blue Jackets and Carolina Hurricanes meet Monday in NHL action at the PNC Arena.

The Columbus Blue Jackets have had issues stringing wins together this season and their defense has been shaky most nights. The Carolina Hurricanes are on quite a roll and their offensive firepower is sure to give the Blue Jackets goalies some fits. Steep price, but I'll back the hot Canes at home and take the PL to shave down an expensive ML price.