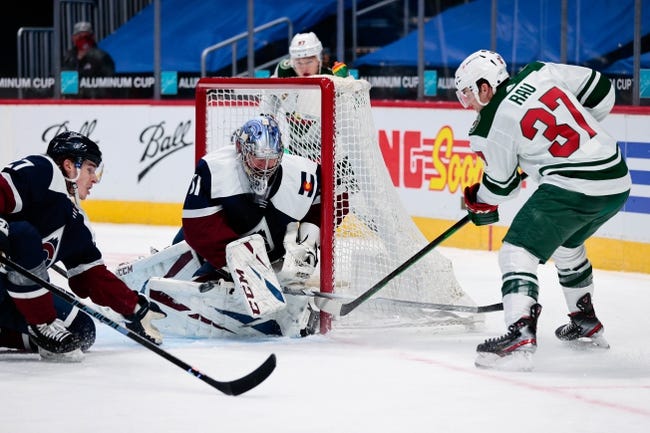 The Minnesota Wild and Colorado Avalanche meet Wednesday in NHL action at the Ball Arena.

The Colorado Avalanche are the better team on paper and have won two of the three meetings this season, but the Wild have shown some promise lately during their winning streak and the defensive effort has improved greatly. The Minnesota Wild have also played their best hockey on the road, winning 14 of their last 19 tries. The Avs should be favored here, but we're getting some nice value with the Wild and the plus money.