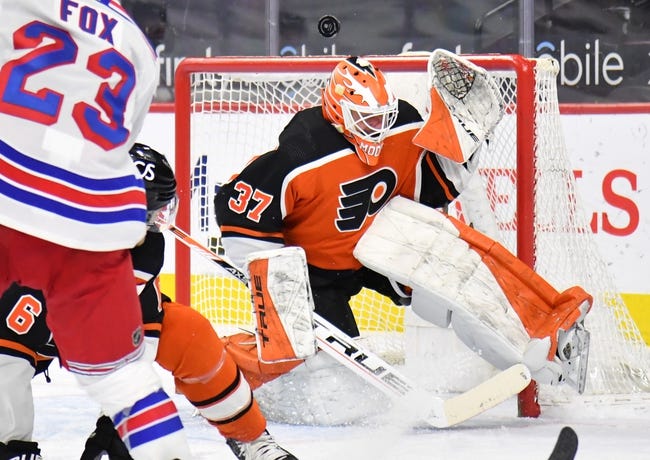 The New York Rangers look for a win after splitting their last 10 games. The New York Rangers are averaging 2.7 goals per game and are scoring on 15.4 percent of their power play opportunities. Chris Kreider leads New York with 14 goals, Artemi Panarin has 14 assists and Mika Zibanejad has 74 shots on goal. Defensively, the New York Rangers are allowing 2.8 goals per game and are killing 86.3 percent of their opponents power plays. Igor Shesterkin has given up 31 goals on 393 shots faced and Alexandar Georgiev has given up 31 goals on 275 shots.

The Philadelphia Flyers are going through a bit of a rough patch right now, but they've still played some of their best hockey this season on the road and they've won 10 of the last 12 meetings against the Rangers. The New York Rangers have had issues stringing wins together this season and the offense goes through serious droughts. You shouldn't be fading the Flyers after a rough week. I'll lay the cheap price with the road team.