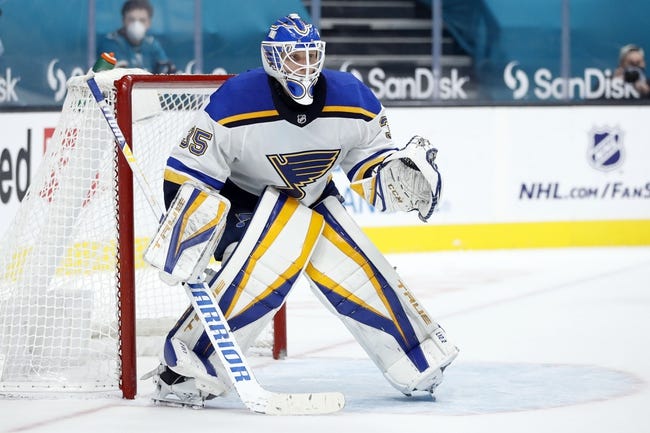 The St. Louis Blues and the San Jose Sharks meet in NHL action from the SAP Center on Friday night.

The St. Louis Blues will be out to snap a five-game losing streak after a 4-1 loss to the Kings last time out. David Perron leads the Blues in scoring with 29 points including 11 goals and a team-high 18 assists while Ryan O’Reilly has 27 points with 18 assists of his own. Brayden Schenn also has 24 points with 12 goals and 12 assists on the year. As a team, St. Louis is averaging 3 goals per game on 29.5 shots per game with a 19.5% success rate on the power play while allowing 3.2 goals on 29.6 shots per game with a 73.7% kill rate on the PK this season.

The San Jose Sharks will look to rebound from a 5-4 loss to Vegas last time out. Evander Kane leads the Sharks in scoring with 26 points including a team-high 12 goals and 14 assists while Logan Couture has 22 points with a team-high 13 goals this season. As a team, San Jose is averaging 2.8 goals per game on 29.9 shots per game with a 19.8% success rate on the PP while allowing 3.5 goals against per game with 32.3 shots against per game and a 77.9% kill rate on the PK this year.

The case could be made for either side here, as St. Louis has played their best hockey on the road while the Blues also didn’t justify that record with their loss to the Kings last time out. Instead, I’m going to side with the over here. We’ve already seen the two combine for 13 and 9 goals in two meetings this season and I just don’t see any reason to stray from that logic here. The goaltending’s been sketchy on both ends so I’ll bank on a high scoring game here.