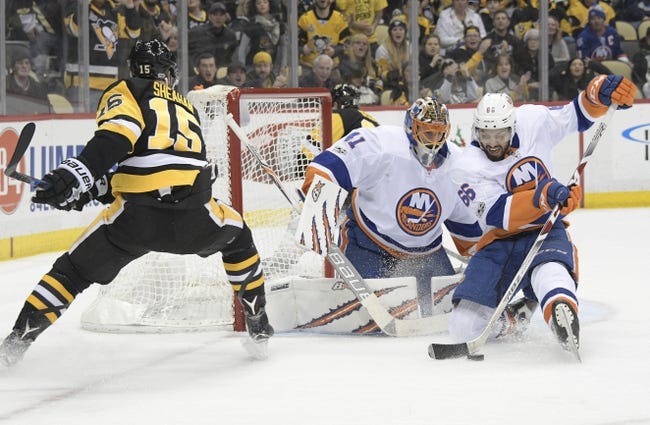 The New York Islanders will be out to build on a 4-3 win over Boston in their last matchup. Mathew Barzal leads the Islanders in scoring with 25 points including 9 goals and 16 assists while J-G Pageau has 23 points with 11 goals and 12 apples and Nick Leddy’s also on 23 with a team-high 22 assists this season. Jordan Eberle has 20 points split between 10 goals and 10 assists while Brock Nelson and Josh Bailey each have 19 points with Nelson logging a team-high 12 goals and Bailey chipping in 5 goals and 14 assists. As a team, New York is averaging 2.9 goals on 29.4 shots with a 20.9% success rate on the PP while giving up 2.2 goals on 27.6 shots with an 82.7% success rate killing the PK this season.

The Pittsburgh Penguins will look to build on their 4-0 win over Buffalo last time out. Sidney Crosby leads the Pens in scoring with 37 points including 13 goals and a team-high 24 assists while Jake Guentel has 32 points with 14 goals and 18 assists. Bryan Rust and Kris Letang each have 25 points with double-digit assists while Evgeni Malkin and Kasperi Kapanen each have double-digit assists as well this season. As a team, Pittsburgh is averaging 3.1 goals on 30 shots per game with a 17.9% success rate on the PP while allowing 2.7 goals on 29.8 shots against with a 76.5% success rate killing the PK this season.