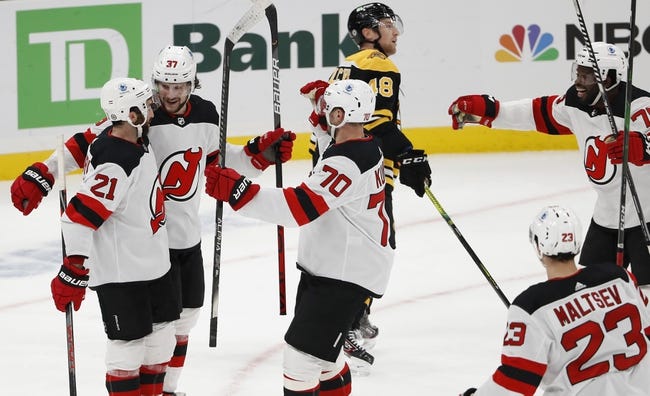 The New Jersey Devils and Boston Bruins meet Sunday in NHL action at the TD Garden.

The Boston Bruins look for a win after splitting their last 10 games. The Boston Bruins are averaging 2.7 goals per game and are scoring on 25 percent of their power play opportunities. David Pastrnak leads Boston with 14 goals, Brad Marchand has 22 assists and Patrice Bergeron has 94 shots on goal. Defensively, the Boston Bruins are allowing 2.3 goals per game and are killing 89.4 percent of their opponents power plays. Tuukka Rask has given up 35 goals on 377 shots faced and Jaroslav Halak has allowed 31 goals on 364 shots.

The New Jersey Devils have struggled to string wins together, they don't beat winning teams and they've had little to no success against the Bruins over the years. However, the Devils have won three straight games against the Bruins this season. The Boston Bruins have also had issues on the end of back to backs and they've cooled off over the last couple of weeks. This is also a quick turnaround for the Bruins. This feels like a decent spot to take a shot in the dark with the massive plus money price.