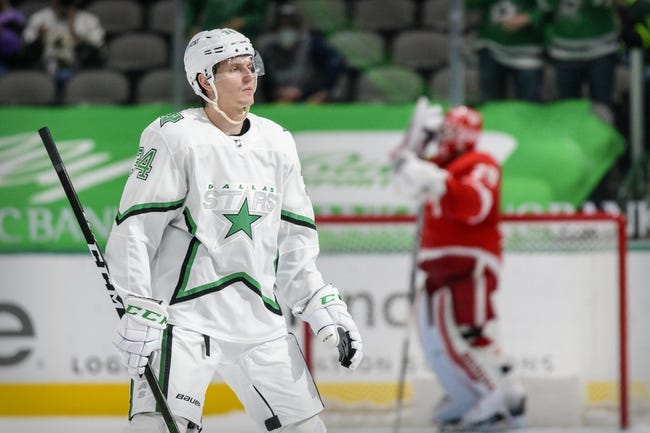 The Detroit Red Wings look for a win after splitting their last eight games. The Detroit Red Wings are averaging 2.2 goals per game and are scoring on 11.4 percent of their power play opportunities. Anthony Mantha leads Detroit with 11 goals, Filip Hronek has 20 assists and Dylan Larkin has 127 shots on goal. Defensively, the Detroit Red Wings are allowing 3.1 goals per game and are killing 77.1 percent of their opponents power plays. Thomas Greiss has given up 72 goals on 711 shots faced and Jonathan Bernier has allowed 54 goals on 619 shots.

The Dallas Stars look for a win after winning five of their last seven games. The Dallas Stars are averaging 2.8 goals per game and are scoring on 24.4 percent of their power play opportunities. Joe Pavelski leads Dallas with 17 goals, John Klingberg has 22 assists and Denis Gurianov has 99 shots on goal. Defensively, the Dallas Stars are allowing 2.4 goals per game and are killing 78.5 percent of their opponents power plays. Anton Khudobin has allowed 54 goals on 620 shots faced and Jake Oettinger has allowed 43 goals on 521 shots.

The Detroit Red Wings continue to pile up the losses where they're becoming a tough team to back even in these big plus money spots, and they've scored two or less goals in seven of their last 11 games. The Dallas Stars don't win enough to justify all the respect they've been getting this season from oddsmakers, but they've played well over the last week or so, and they've now won four of the five meetings this season against the Red Wings. Give me the Stars and the PL for max betting value.