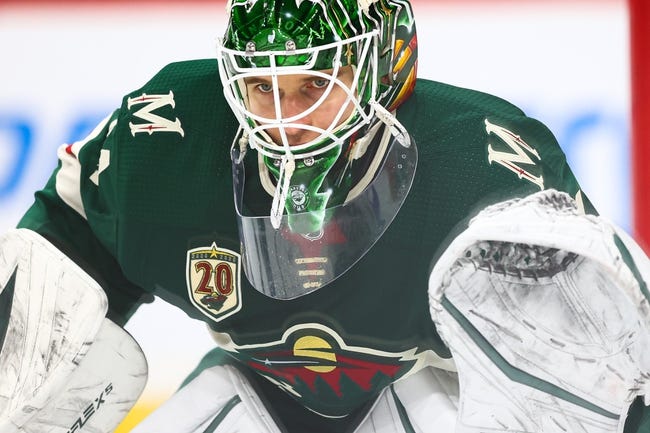 The Minnesota Wild and the San Jose Sharks meet in NHL action from the SAP Center on Saturday night.

The Minnesota Wild will look to build on their 4-2 win over Los Angeles in their last matchup. Kirill Kaprizov leads the Wild in scoring with 40 points including a team-high 21 goals and 19 assists while Kevin Fiala has 30 points with 16 goals and 14 assists. Mats Zuccarello has 28 points with 10 goals and 18 apples and Joel Greenway has 27 points with a team-high 21 assists. Joel Greenway also has 24 points with 15 assists as well on the year for the Wild. As a team, Minnesota is averaging 3.1 goals on 28.1 shots with a 17.9% success rate on the power play while allowing 2.6 goals on 30.7 shots with an 83.7% success rate killing off penalties this season.

The San Jose Sharks will look to bounce back from a 5-2 loss to Vegas in their last game. Evander Kane leads the Sharks in scoring with 36 points with a team-high 17 goals along with 19 assists while Tomas Hertl has 29 points with 14 goals and 15 assists. Brent Burns leads the Sharks with 20 assists while Logan Couture and Kevin Labanc each have double-digit goal and assist marks and Timo Meier has a team-high 17 assists as well this season. As a team, San Jose is averaging 2.6 goals on 30.1 shots with a 15.9% success rate on the power play while allowing 3.3 goals on 31.5 shots with an 80% success rate on the penalty kill this season.

I know Minnesota is usually a defense first team, but realistically, I just don’t know if the Sharks can do their part in keeping this game under the number as the Sharks have had issues keeping the puck out of the net during this recent cold stretch and it’s been an issue for the majority of the season with San Jose. Minnesota’s also less reliable on the road, so I’ll take my chances with the over in this spot as I could see a game with 7 goals at the least.