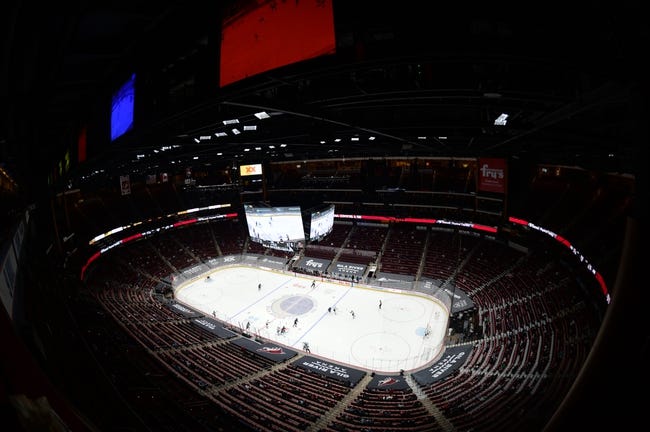 The Arizona Coyotes and the San Jose Sharks meet in NHL action from the SAP Center on Sunday night.

The San Jose Sharks will look to bounce back from a 6-3 loss to the Minnesota Wild in their lat game. Evander Kane leads the Sharks in scoring with 37 points including a team-high 18 goals and 19 assists while Tomas Hertl has 30 points with 14 goals and 16 assists. Logan Couture and Timo Meier each have 27 points with double-digit assists and Brent Burns has a team-high 20 assists this season. Kevin LAbanc also has 10 goals and 15 assists for the Sharks this season. As a team, San Jose is averaging 2.5 goals on 30.1 shots with a 15.5% success rate on the power play while allowing 3.3 goals on 31.7 shots with a 79.7% success rate killing off penalties this season.

I get the case that could be made for both sides here as both have been struggling but realistically, the Coyotes are the only team that have anything to play for at this point as the Sharks have fallen off of a cliff at the worst possible time and it’s appearing that San Jose has mailed it in on the year and started looking forward to next season. Arizona and juice aren’t two things that go well together for me, but I think it’s the only play here.