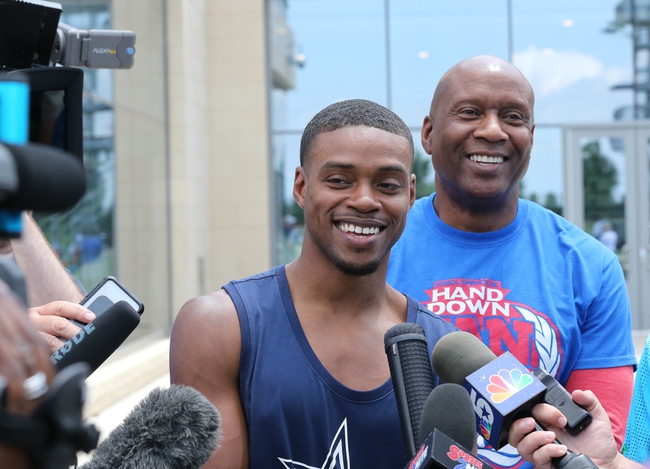 Errol Spence enters this fight with a 25-0 record that includes 21 knockouts. This will be Spence’s fourth fight since 2018, and he’s coming off a March win over Mikey Garcia. Spence is coming off arguably the biggest win of his career and did it in dominating fashion, as he used his reach advantage and made a very quality boxer look uncomfortable for 12 rounds. Spence worked behind his jab well and landed over 300 punches overall, while Garcia didn’t have a single round that produced double-digit shots landed. The only thing the fight did was end his finish streak, as it was his first decision since his 2014 win over Ronald Cruz. The win should move Spence up on those best pound-for-pound lists. Spence is a 29-year-old southpaw who stands at 5’9” and has a 72-inch reach. Spence is highly athletic, moves well in the ring and his relentless work to the body is downright scary. Spence is constantly looking to land shots to the midsection, and it not only wears down his opponent over time, but it’s shown it can end a fight altogether. Spence’s power and offensive attack is one of the best and most exciting in the sport. And questions about conditioning and if Spence can go the distance while being effective were answered in his last bout. Spence is one of the more complete boxers on the planet. This will be Spence’s fifth career fight in California.

Shawn Porter enters this fight with a 30-2-1 record that includes 17 knockouts. Porter has won six of his last seven fights, and he’s coming off a March win over Yordenis Ugas. Porter is coming off a controversial split decision where a strong case can be made that Ugas won the fight, as he was better defensively and landed the cleaner shots throughout the bout. Porter looked sloppy at times and Ugas was effective with his counter all night. Regardless, Porter is 31 years old, stands at 5’7”, has a 69-inch reach and an orthodox stance. Porter is truly one of the more underrated boxers in the world, as he may not have the sexy style casual fans prefer, but he’s technically sound and has a high IQ. Porter is a quality defensive fighter who bobs and weaves punches well, and he’s highly effective with his counters. Porter doesn’t have elite punching power, as eight of his last 11 wins have ended in decision, but he does a lot of the little things well and is always the aggressor. Porter is going to let his hands go and usually looks good when it’s time to hand the fight over to the judges. Porter has also never clearly lost a fight, as you can make a case he outboxed Keith Thurman and beat Kell Brook. However, Porter will have to be a lot sharper than he was in his last fight if he hopes to beat The Truth. This will be Porter’s sixth career fight in California.

These prices aren’t showing much respect to Porter for what is considered one of the bigger fights toward the end of the year. Porter won’t be afraid of Spence and will try his best to turn this into a brawl where he can hope to land some power shots and possibly flip this bout on its head. While a bit wild in his last fight, Porter could have some success against Spence if he brings a similar style to the ring this time. With that said, Spence is going to win this fight. Spence not only showed how big a reach advantage is for him, but he’s just a cleaner boxer with much better accuracy and his body work always takes its toll. Spence simply wears down his opponent over time and then goes to work in the later rounds where he pulls away on the scorecards. It’s tough to beat the way Spence boxes, and I think it’s fair to say Porter has possibly dropped a level based on his last couple of fights.

Porter is tough and can take some shots, so I won’t predict a finish, but Spence wins this fight by unanimous decision.