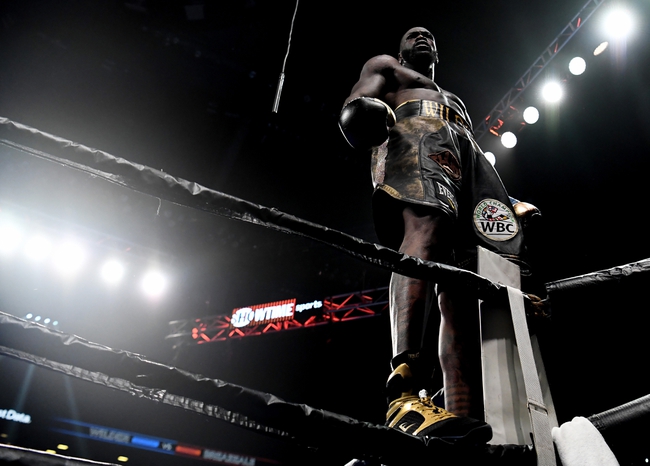 Tyson Fury enters this fight with a 20-0-1 record that includes 20 knockouts. This will be Fury’s sixth fight since 2018, and he’s coming off a September win over Otto Wallin. Fury did what he had to do to get the victory in his last bout, but it was a competitive 12-round fight and his opponent was actually the more accurate striker. Fury controlled the fight for the most part and landed far more power shots, so his unbeaten record remains intact. I look at it as 12 rounds in the bank to continue knocking off that rust from such a long leave of absence. Fury is 31 years old, stands at 6’9”, has an 85-inch reach and an orthodox stance. When in shape, Fury is in the conversation as the best heavyweight on the planet, as he has the power and accuracy as all of the other top names have, but it’s his footwork, had movement and different looks he throws at his opponent that separates him. Fury moves extremely well for his size and is quite hard to hit, even when you get him up against the ropes, as he showed against Tom Schwarz. Fury isn’t your typical heavyweight who stands in the middle of the ring and looks for the knockout. Fury has a lot of finesse to his attack, and it’s a joy to watch as a fan. This will be Fury’s third career fight in Nevada.

Deontay Wilder enters this fight with a 42-0-1 record that includes 41 knockouts. Wilder has won seven of his last eight fights, and he’s coming off a November win over Luis Ortiz. Wilder is coming off another win over Ortiz where he produced a knockout, but it was the second fight where you could argue the Cuban was winning before the stoppage. That’s now three of the last four fights where Wilder was possibly losing on the scorecards before landing that devastating power shot and ending the bout. Wilder is a 34-year-old American who stands at 6’7”, has an 83-inch reach and an orthodox stance. There’s nothing to be said about Wilder that already hasn’t been mentioned, as he has a massive frame and punching power that goes toe-to-toe with anybody in the history of the sport. You can breakdown the questionable technique, subpar footwork and at times extremely wild and inaccuracy, but he makes up for all of those holes with power we may have never seen in the boxing ring. However, Wilder has shown he can be outboxed, and it’s just a matter of his opponent lasting all 12 rounds to get the nod. This will be Wilder’s fifth career fight in Nevada.

Fury would have won the first meeting if he didn’t get dropped in the 12th round and look like he was down for the count. Fury controlled the fight, out-landed Wilder in nine of the 12 rounds and looked to be the fresher fighter as well. Fury is the better boxer than Wilder, has the longer reach and from what we saw in the first bout, his conditioning may be better as well. I’ve mentioned numerous times that I think Wilder is an overrated boxer and his past results show just that. The problem is Wilder needs just one shot to land cleanly and it’s curtains. It’s extremely tough to survive 12 rounds against this guy without one punch breaking through. It’s not if, it’s a question of when. You have to bet Wilder lands one clean power shot before you can bet on Fury being perfect for 12 rounds.

Wilder has to be the pick in the rematch.