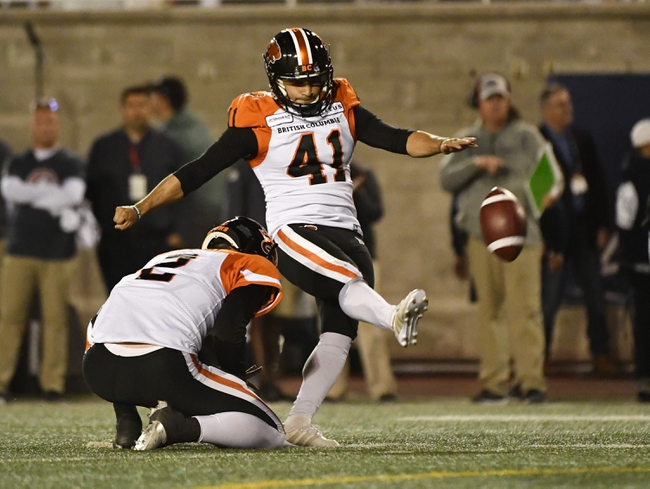 BC Lions vs. Toronto Argonauts

The Argonauts are coming into the game here after picking up yet another loss on the year. This time the loss came at the hands of the Roughriders and it was a loss that the Argonauts really did not want to have happen to them, but it did happen and that just compounds what has already been a very disappointing season for the team so far.

The Argonauts did have S.J. Green and Chris Rainey do good at catching the ball as they recorded 5 catches apiece and ended up getting a total of 107 yards on the offensive side of the ball. Green did record a touchdown in the loss as a reception. The rushing attack for the Argonauts was a combined effort of 3 player with 17 carries for a total of 106 yards and a score.

British Columbia is heading into the win here after picking up a very close win over Montreal in their last outing. The problem was the win was only by a couple of points and the Lions almost allowed the Alouettes to bring home the win. The win did allow the Lions to stay in contention for the playoffs as the Race To The Grey Cup is already in full swing.

Lemar Durant was the leader in yardage for the Lions in the receiving department with 5 catches for 107 yards. Bryan Burnham and Duron Cater each caught 7 passes for the Lions, but only managed to get 140 yards combined for their efforts. The Lions rushing attack was a combined effort of 2 backs with 17 carries for 84 yards and a touchdown on the day.

The BC club is heading into the game here with a decent chance to win quite a few games. However, the Lions are also going to be looking for the playoff battle and with the wins they have recently picked up will have a good chance of beating the Argonauts who have only won 1 game on the road this year and have 5 losses piled up on them. Final Score Prediction, BC Lions win and cover 35-24.