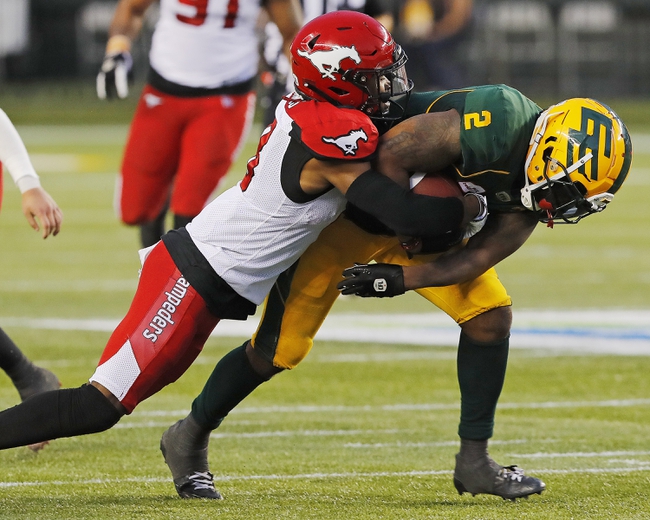 The Hamilton Tiger-Cats already has a win over Calgary this season, winning by seven points as a 4.5-point favorite back in July, but this is a different Stampeders club with Levi Mitchell at quarterback. The Calgary Stampeders are winning their last three games by an average of 8.7 points and have covered four of their last five games. The Hamilton Tiger-Cats are winning on the road by an average of 11 points, but those numbers can be fishy due to a lot of that having to do with a 50-point win over Toronto earlier in the year. The Calgary Stampeders are a legit title contender yet again with their quarterback on the field and they're playing some of their best ball as of late. I'll lay the touchdown.