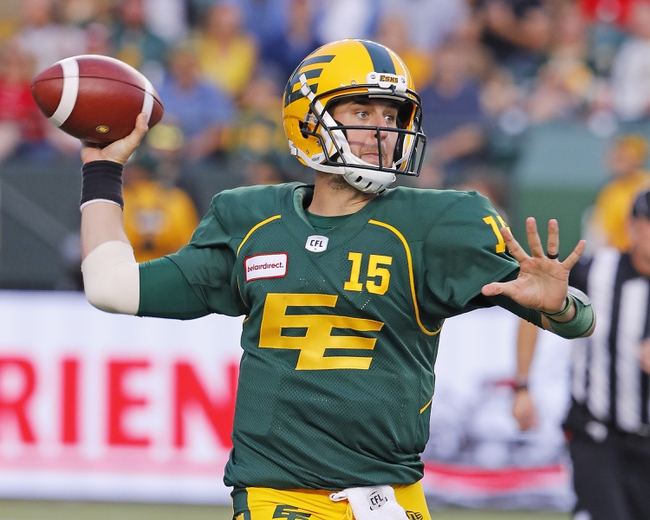 The Edmonton Eskimos are set to visit Mosaic Stadium in Regina, Canada for a Week 21 clash against the Saskatchewan Roughriders. The Edmonton Eskimos come into this matchup with an 8-9 record, and they will be looking to rebound after dropping their recent home game against the Saskatchewan Roughriders, 27-24. QB Trevor Harris struggled to find much consistency through the air as he connected on 27 of his 37 pass attempts for 321 yards, 1 TD, and 2 interceptions. WR Ricky Collins Jr. was the top target for Harris and the Roughriders as he hauled in 5 catches for 99 yards.

The Edmonton Eskimos struggled on the defensive side of the ball against the Saskatchewan Roughriders as they allowed them to score 27 points and rack up a total of 515 yards of offense. LB Jovan Santos-Knox led the way for the Edmonton defense with 8 tackles and 1 sack. LB Don Unamba Jr. was able to get into the Saskatchewan backfield a handful of times as he recorded 2 sacks.

The Saskatchewan Roughriders come into this matchup with a 12-5 record, and they will be looking to continue their success after winning their recent road game against the Edmonton Eskimos, 27-24. QB Cody Fajardo had a big game through the air for Saskatchewan as he connected on 25 of his 35 pass attempts for 429 yards and 2 TDs. The WRs had big outings for Fajardo as Shaq Evans contributed 6 catches for 174 yards while Kyran Moore pitched in 10 catches for 159 yards and a TD.

The Saskatchewan Roughriders struggled on the defensive side of the ball against the Edmonton Eskimos as they allowed them to score 24 points and rack up a total of 403 yards of offense. DB L.J. McCray led the way for the Saskatchewan defense with 10 tackles and 1 interception. Joining McCray in the secondary is Nick Marshall who was able to haul in another interception for the Roughriders.

These two teams are playing each other in back to back weeks which leaves a level of familiarity, but the Roughriders are clearly the better team as they are 7-1 at home this season. Saskatchewan has been so successful this season due to having the top QB in the CFL as well as a top 3 scoring offense, and that leaves a level of concern for Edmonton as they rank 5th in points allowed. The Roughriders will put up their fair share of points as they score an average of 23.8 PPG, and I don’t think Edmonton will be able to match that firepower on the road.