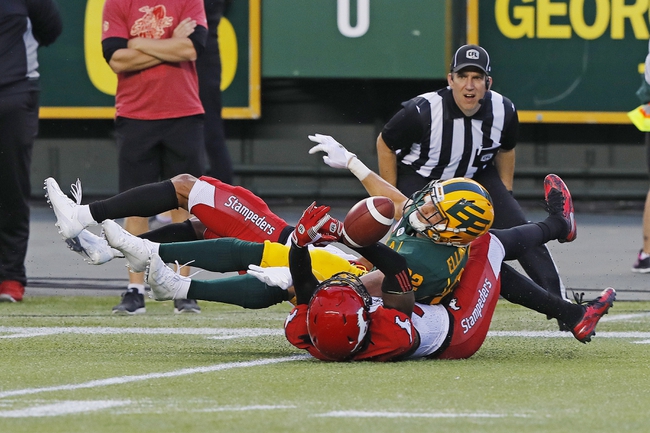 Edmonton Eskimos vs. BC Lions

The BC Lions are a team that was able to crush Toronto in their last outing. Now, the Lions have to face the Eskimos in a game that could be a challenge for the Lions, but it is a challenge they are willing to accept and have the potential to come into the game and bring home a win over the Eskimos. The downside is the Lions are a team that has not really been able to play defense all year as they have given up 385 points this season while scoring only 370 points.

In the victory the BC Lions were able to rely on Mike Reilly to throw the ball for a total of 276 yard and 5 touchdowns. John White carried the ball 20 times for 121 yards and helped to kill the clock off for the Lions in the game.

Edmonton on their past is coming in after getting a loss in their most recent game. The issue for the Eskimos is the defense was not able to show up at all in the game against Hamilton. In that game the Eskimos allowed the Tiger-Cats to score a total of 42 points and completely controlled the line of scrimmage in the game.

With Edmonton they did not do much offensively either with 12 points scored. However, some of that is the fault of Logan Kilgore who threw the ball for 233 yards and a touchdown, but was picked off 3 times. CJ Gable carried the ball 11 times for 47 yards in the game.

The BC club is in the middle of a nice winning streak on the year and that is definitely coming from the offensive powerhouse the team has had on the year. The Lions are also looking to be a team that would be able to dominate the games they are playing at a very high level offensively. Final Score Prediction, BC Lions win and cover ATS 42-14.