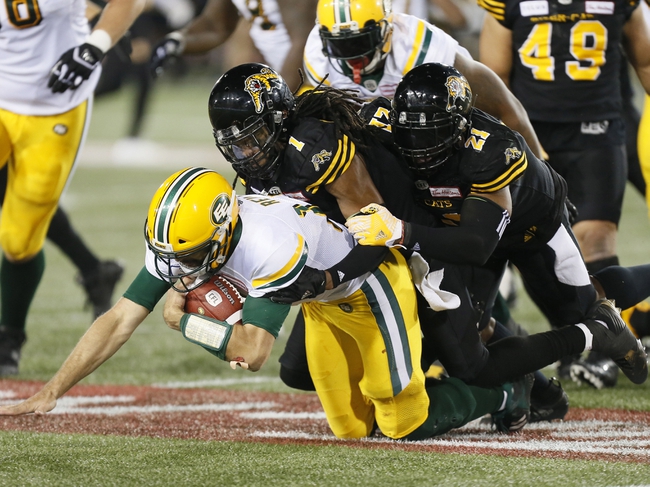 The Ottawa Redblacks have been road covering machines for the last three years, and they did it again last week against Montreal where they won outright as six-point underdogs. The Edmonton Eskimos are hit or miss both SU and ATS this season, but they win at home by an average of 16.3 points. I can make a strong case for either side in this contest, so I'm just going to side with the over based on how explosive the Eskimos are at home, they can get us close to this number by themselves if everything goes well. You take the Redblacks offense on the road and the Eskimos offense at home, and you end up with an average of 53.3 points.