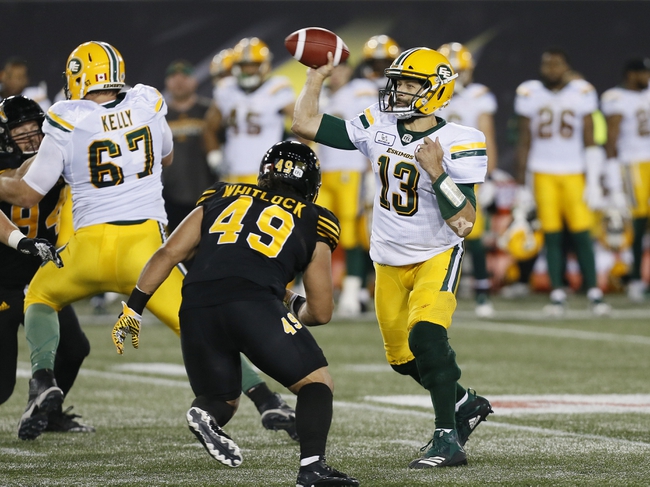 This line has everything to do with Matt Nichols being out with an arm injury, so while the Blue Bombers were my pick to win the Grey Cup and we've rode them hard this season, it's hard to make a case for them on the road against a good team without their starting QB. The Edmonton Eskimos win at home by an average of 13.2 points and are averaging over 450 yards of total offense in their last five games. Without a starting quarterback, it's going to be tough for the Blue Bombers to keep up.

The pick in this article is the opinion of the writer, not a Sports Chat Place site consensus.
Previous Pick
Calgary Stampeders vs. Montreal Alouettes CFL Pick, Odds, Prediction - 8/17/19
Next Pick
Colgate vs. Villanova - 8/24/19 College Football Pick, Odds, and Prediction