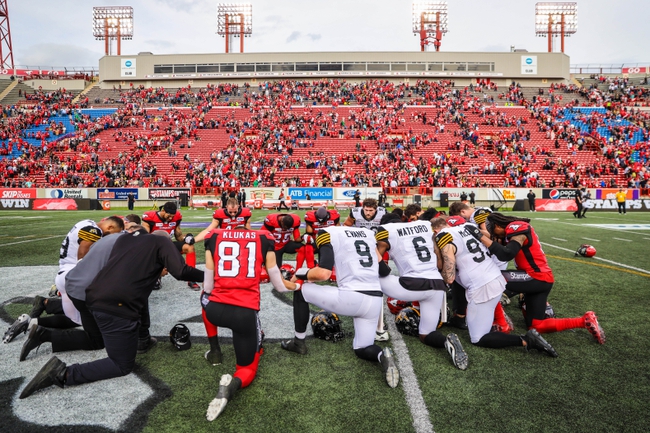 Edmonton has managed to play decent on the year and have managed to reach the playoffs yet again and even the conference finals. The last game for the Eskimo was obviously a win, but it was a 37-29 battle that the Eskimos had against the Alouettes.

Trevor Harris managed to go 36/39 on the day with 421 yards, and a touchdown. Harris was picked off once in the game. C.J. Gable was the leading rusher for the Eskimos with 14 carries for 54 yards and a couple of touchdowns in the game.

The Hamilton Tiger-Cats were able to get a bye week after making the playoffs and getting the bye. The Tiger-Cats in their last game had a tune up type of game that allowed them to rest their stars as well as the Tiger-Cats beat the Argonauts by a score of 21-18.

Hayden Moore threw the ball 18/28 with 218 yards, but was picked off 4 times. David Watford was the other Tiger-Cats quarterback and he went 5/8 with 74 yards. Cameron Marshall was the leading rusher for the Tiger-Cats with 18 carries for 109 yards and 2 touchdowns.

The Tiger-Cats did get a bye week and that definitely helps them out. However, the Tiger-Cats managed to rest most of their stars in the final game of the year and still pulled out a major victory. Look for that to continue in this game here as the Tiger-Cats are able to control the Eskimos who are unable to get the same type of production from Harris in this game. Final Score Prediction, Hamilton Tiger-Cats win and cover 35-24.