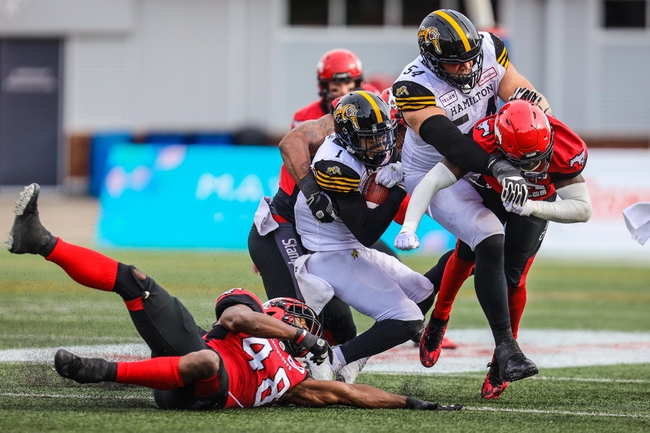 On Saturday, the Ottawa RedBlacks are on the road against the Hamilton Tiger-Cats in a CFL Week 19 clash. The RedBlacks lost on Friday night to the Toronto Argonauts 28-21 in their most recent outing. Will Arndt made his first start under center in the CFL for Ottawa and threw for 288 yards, two touchdowns and three interceptions, while Dominique Rhymes made five catches for 70 yards in the loss.

Hamilton is coming off a bye week and prior to their bye, the Tiger-Cats easily defeated the Edmonton Eskimos on October 4 by the score of 42-14. The win improved the first place Tiger-Cats in the East to 12-3 and 7-0 at home at Tim Hortons Field. Dane Evans is now 7-2 as the starter under center for Hamilton. Evans threw for 277 yards and a pair of touchdowns in the win.

Hamilton is the top team in the CFL at 12-3. The Tiger-Cats will defeat the undermanned RedBlacks, who will start the inexperienced Will Arndt at quarterback. However, the double-digit spread will be too much for the Tiger-Cats to cover as Hamilton will be eyeing its next game against Montreal the second place team in the East. Final Score Prediction, Hamilton Tiger-Cats win but fall short ATS 34-19