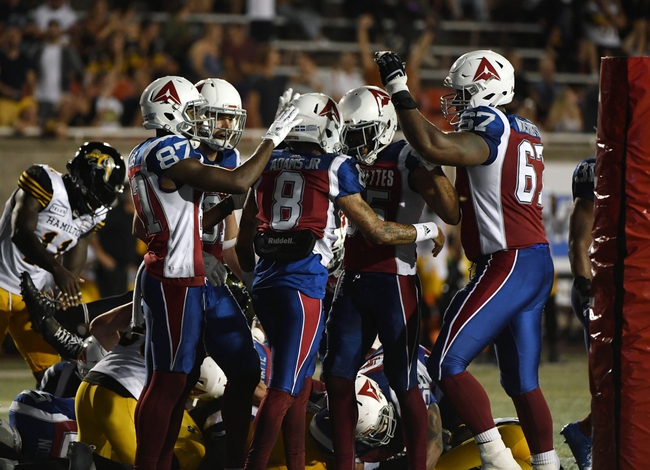 BC Lions at Montreal Alouettes

The BC Lions and Montreal Alouettes meet Friday in CFL action at the Molson Stadium.

The BC Lions need a win here to snap a six-game losing streak. The BC Lions have lost five of their last six road games. Mike Reilly is completing 66.6 percent of his passes for 2,437 yards, nine touchdowns and 11 interceptions. Reilly has at least one touchdown pass in 23 of his last 28 games. Bryan Burnham and Lemar Durant have combined for 1,259 receiving yards and seven touchdowns while Duron Carter has 38 receptions. The BC Lions ground game is averaging 86.1 yards per contest, and John White leads the way with 559 yards and five touchdowns. Defensively, BC is allowing 32.1 points and 355.4 yards per game. Maleki Harris leads the BC Lions with 44 tackles, Odell Willis has two sacks and Garry Peters has two interceptions.

The BC Lions are riding a six-game losing streak and with these losses, they're also just 2-7-1 ATS on the year and 2-4 ATS on the road. In their last three games, the Lions are being outscored by an average of 6.7 points and they lose by an average of 8.1 points on the road. The Montreal Alouettes have covered five of their last seven at home, 10 of their last 14 overall and have had an extra week to prepare for this game. I almost have to lay the touchdown here, as backing the BC Lions isn't an option at the moment.