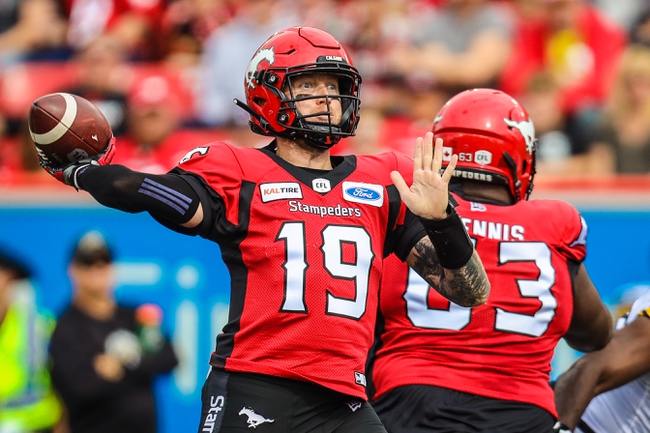 On Saturday, the Calgary Stampeders travel to play the Montreal Alouettes. Calgary was victorious for the fourth straight game on September 20 with a 23-17 win over Ottawa. Last week the Stampeders had a bye and will be refreshed for Saturday’s game. Bo Levi Mitchell has returned at quarterback for the Stampeders and passed for 342 yards, one TD and two interceptions against Ottawa. Calgary is 9-4 this season.

Montreal was defeated by BC 25-23 last Saturday. The Alouettes used backup quarterback Matt Shiltz who did not have a strong day passing the ball but displayed his excellent ability to run as he was able to gain big yardage in the game. Montreal’s offense gained a total of 425 yards in the loss, but the defense could not keep BC from moving down the field late and scoring to win.

The Stampeders are 4-1 ATS in their last 5 against opponents with records above. 500

The UNDER has cashed in 7 of Calgary’s last 11

The Alouettes are 13-5 ATS in their last 18 overall