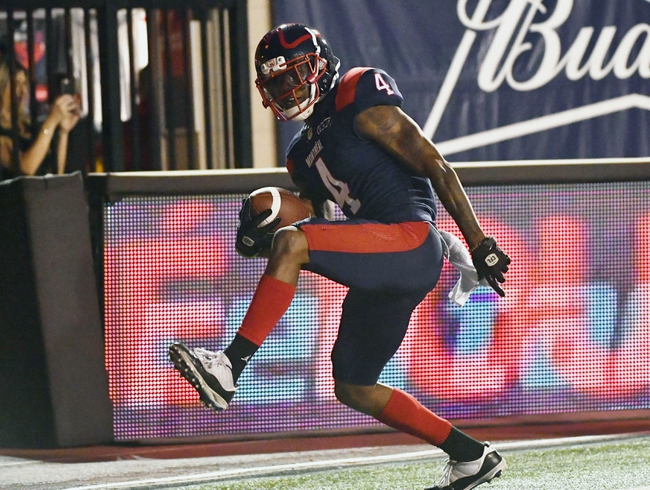 The Toronto Argonauts are set to visit Percival Molson Memorial Stadium in Montreal, Canada for a Week 19 clash against the Montreal Alouettes. The Toronto Argonauts come into this matchup with a 3-12 record, and they will be looking to continue their success after winning their recent home game against the Ottawa RedBlacks, 28-21. QB McLeod Bethel-Thompson had a big game through the air as he connected on 27 of his 36 pass attempts for 300 yards, 2 TDs, and 1 interception. S.J. Green was the top target for Bethel-Thompson and the Argonauts as he hauled in 10 catches for 170 yards.

The Toronto Argonauts were solid on the defensive side of the ball against the Ottawa BlackHawks as they held them to 21 points and a total of 310 yards of offense. DB Qudarius Ford led the way for the Toronto defense with 9 tackles. DL Cleyon Laing was able to get into the Ottawa backfield a handful of times as he contributed 6 tackles and 2 sacks. DL Tobi Antigha was able to cause problems for the Ottawa offense as he hauled in 2 interceptions.

The Montreal Alouettes come into this matchup with an 8-7 record, and they will be looking to rebound after dropping their recent road game against the Winnipeg Jets, 35-24. QB Vernon Adams Jr. struggled to find any consistency through the air as he connected on 19 of his 32 pass attempts for 266 yards, 2 TDs, and 4 interceptions. WR Quan Bray was the top target for Adams Jr. and the Alouettes as he hauled in 5 catches for 99 yards and a TD.

The Montreal Alouettes struggled on the defensive side of the ball against the Winnipeg Jets as they allowed them to score 35 points and rack up a total of 414 yards of offense. LB Henoc Muamba led the way for the Montreal defense with 7 tackles. The Alouettes were able to force the Jets into a handful of turnovers as DB Tommie Campbell contributed an interception while LB Bo Lokombo pitched in an interception and fumble recovery.

The Toronto Argonauts have been one of the worst teams in the CFL this season, and they have struggled as of recent with losses in 6 of their last 8 games. The Argonauts have been one of the worst offensive teams in the league this season as they are scoring an average of 17.9 PPG, and they will be without a major WR piece in Derel Walker who has eclipsed 180 yards two times this season. Montreal has a solid dual-threat QB in Vernon Adams Jr., and he should cause problems and pull away with a win at home.