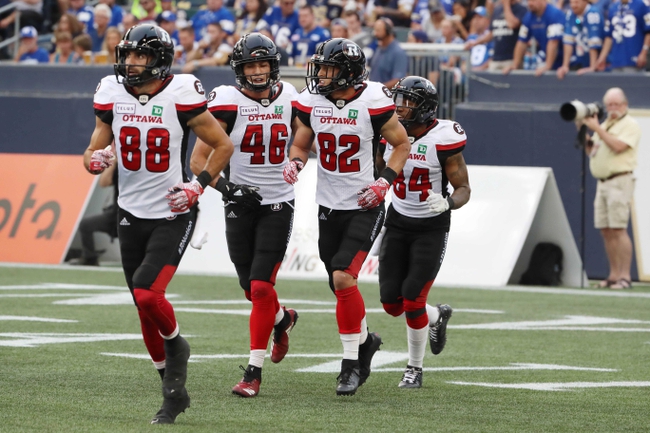 The Toronto Argonauts need a win here to rebound from a rough 1-9 season. The Toronto Argonauts have lost all five road games this season. McLeod Bethel-Thompson is completing 66.4 percent of his passes for 2,593 yards, 16 touchdowns and nine interceptions. Bethel-Thompson has two or more touchdown passes in six of his last seven games. Derel Walker and SJ Green have combined for 1,333 receiving yards and seven touchdowns while Armanti Edwards has 34 receptions. The Toronto Argonauts ground game is averaging 72.1 yards per contest, and Brandon Burks leads the way with 204 yards and on 34 carries. Defensively, Toronto is allowing 34.8 points and 457.2 yards per game. Micah Awe leads the Toronto Argonauts with 45 tackles, Cleyon Laing has five sacks and Alden Darby has two interceptions.

I'm not trying to back either of these teams that have a combined four wins and both have losing records ATS as well. Instead, the over seems like the play here. The total is 51.5, but the Argonauts and Redblacks average 37.1 points combined on the season. The under is also 6-1 in the last seven meetings between Toronto and Ottawa. Instead of backing one of the worst teams in the league with a not so great line, the under feels like a much safer option based on the numbers and trends.