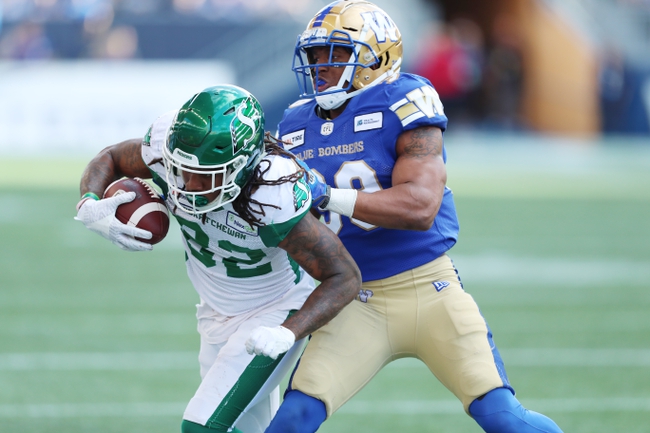 The Blue Bombers were able to completely crush the Stampeders hopes of going back to the Grey Cup Finals in the last game the Blue Bombers played. The Winnipeg team ended up getting the win by a score of 35-14 and did not even look like they were challenged in the game as the defense completely shut down the Stampeder.

Zach Collaros went 11/21 on the day with 193 yards, but he was picked off once in the game. The leading rusher for the Blue Bombers was Chris Streveler who carried the ball only 13 times for 82 yards and a touchdown in the game.

Heading into this game the Roughriders managed to get a bye week in the opening round. The Roughriders now face the Blue Bombers and that game could be a little bit more of a challenge. The Roughriders in the last game they played before the bye beat the Edmonton Eskimos by a score of 23-13.

The Roughriders have well rested star players, but also have a group of players that is hungry for the Grey Cup. While the Blue Bombers did pick up a win over the Stampeders, the Blue Bombers had to exert quite a bit of energy and that will come back to haunt them in this game here. Final Score Prediction, Saskatchewan Roughriders win and cover 35-31.