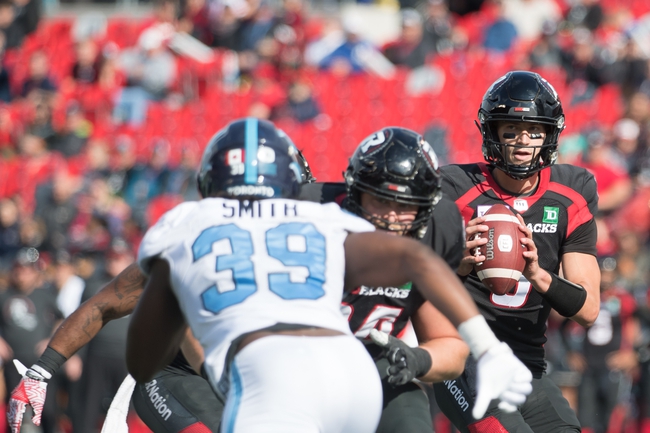 The Toronto Argonauts have a chance to win back-to-back games for the first time this season. The Toronto Argonauts have lost four of their last six home games. McLeod Bethel-Thompson is completing 66.4 percent of his passes for 3,004 yards, 19 touchdowns and 11 interceptions. Bethel-Thompson has two or more touchdown passes in seven of his last eight games. Derel Walker and SJ Green have combined for 1,553 receiving yards and seven touchdowns while Armanti Edwards has 37 receptions. The Toronto Argonauts ground game is averaging 72.5 yards per contest, and James Wilder Jr. leads the way with 219 yards and one touchdown. Defensively, Toronto is allowing 33.2 points and 453.6 yards per game. Abdul Kanneh leads the Toronto Argonauts with 49 tackles, Cleyon Laing has five sacks and Alden Darby has three interceptions.

The Toronto Argonauts are coming off a bye, but they don't play well at home where they lose by an average of 14.2 points and have lost four of their last six. The Calgary Stampeders are a different team with Levi Mitchell at quarterback, and they're winning their last three games by an average of 11 points. The Stampeders have won nine of the last 10 meetings against the Argonauts, and eight of those wins were decided by double digits. I'll eat the touchdown with the road team.