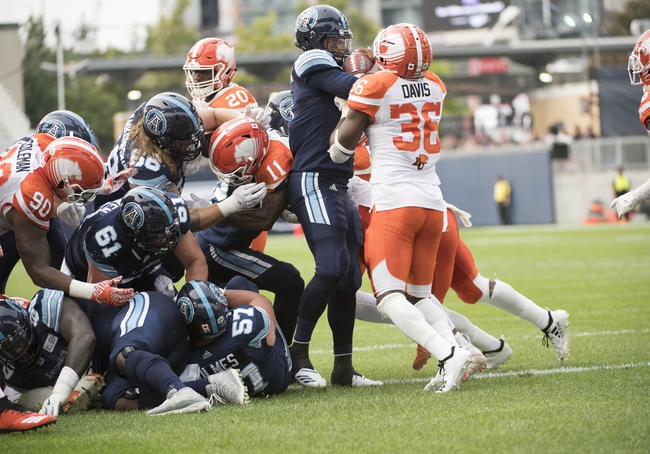 The Edmonton Eskimos and Toronto Argonauts meet Friday in CFL action at the BMO Field.

The Toronto Argonauts look for back-to-back victories and are coming off a bye week. The Toronto Argonauts have lost two of their last three home games. McLeod Bethel-Thompson is completing 66 percent of his passes for 1,592 yards, 10 touchdowns and nine interceptions. Bethel-Thompson has two or more touchdown passes in three of his last four games. Derel Walker and Armanti Edwards have combined for 912 receiving yards and five touchdowns while SJ Green has 31 receptions. The Toronto Argonauts ground game is averaging 62.1 yards per contest, and James Wilder Jr. leads the way with 161 yards and on 38 carries. Defensively, Toronto is allowing 34.4 points and 437.3 yards per game. Abdul Kanneh leads the Toronto Argonauts with 32 tackles, Cleyon Laing has four sacks and Alden Darby has two interceptions.

The Edmonton Eskimos beat Toronto 26-0 about three weeks ago, but they've lost three of their last four on the road and it's the home team that's won nine of the 10 meetings between these two teams. The Toronto Argonauts just beat Winnipeg outright as a 14.5-point underdog and has had an extra week to prepare for this game. While the game against the Blue Bombers was probably more of a fluke than anything else, there's value with the rested Toronto Argonauts at home and a a boatload of points.