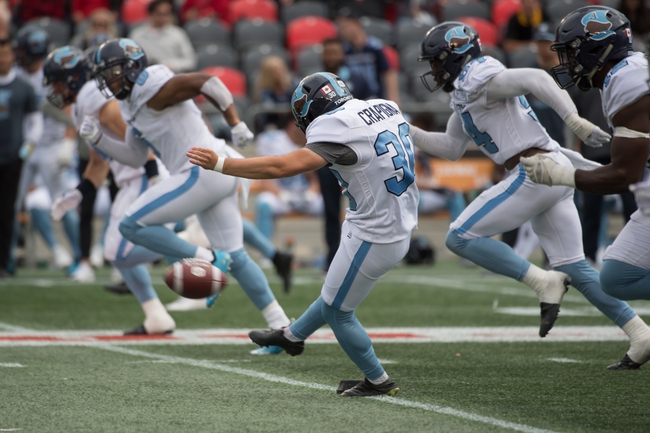 The Toronto Argonauts could use a win after losing four of their last five games. The Toronto Argonauts have lost their last three home games. McLeod Bethel-Thompson is completing 66.2 percent of his passes for 3,090 yards, 19 touchdowns and 12 interceptions. Bethel-Thompson has two or more touchdown passes in seven of his last nine games. Derel Walker and SJ Green have combined for 1,610 receiving yards and eight touchdowns while Armanti Edwards has 42 receptions. The Toronto Argonauts ground game is averaging 71.9 yards per contest, and James Wilder Jr. leads the way with 259 yards and one touchdown. Defensively, Toronto is allowing 32.3 points and 449.3 yards per game. Abdul Kanneh leads the Toronto Argonauts with 52 tackles, Cleyon Laing has five sacks and Alden Darby has three interceptions.

The Saskatchewan Roughriders have won the last three meetings agains the Toronto Argonauts by an average of 11 points. The Toronto Argonauts have not only lost four of their last five games overall, but they're losing at home by an average of 13 points. I guess you can make a case for the Argonauts getting free points at home and having an extra week to prepare, but there's numbers and trends that suggest the Roughriders should roll in this contest. Give me Saskatchewan by a touchdown.