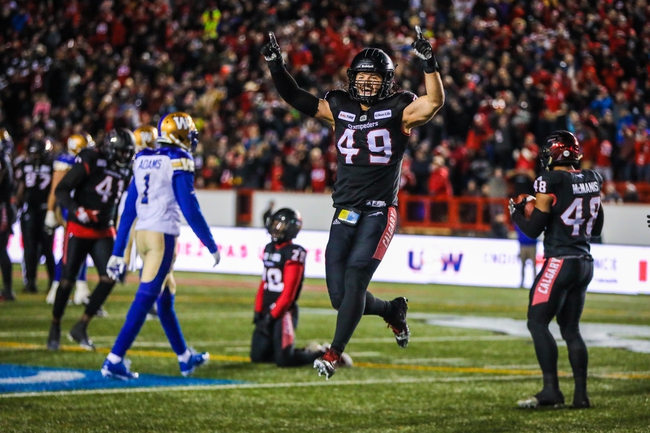 The Calgary Stampeders look to keep their grip on first place in the West Division when they visit the Winnipeg Blue Bombers on Friday in a CFL clash. The Stampeders are 11-5 on the season following a thrilling 37-33 victory over Winnipeg on Saturday. The Stampeders received a rushing touchdown from Ante Milanovic-Litre and quarterback Bo Levi-Mitchell threw for 337 yards and three touchdowns, with one interception.

Winnipeg fell to 10-7 with the loss and must win out the final two games and get help from others if the Blue Bombers hope to win the West. In the loss on Saturday to Calgary, Justin Medlock booted four field goals while a banged up Chris Streveler threw for 134 yards and one touchdown with two interceptions. The second game between the two on Friday is huge for the final standings in the division.

Take the home dog to come out on top here. Winnipeg has very little chance to win the West division, but can keep its hopes alive with a victory over the Stampeders and help from others on Saturday. The Blue Bombers have covered the nut in 9 of the last 11 at home, while Calgary has failed to cover each of its last 5 overall. Final Score Prediction, Winnipeg Blue Bombers win and cover ATS 24-22