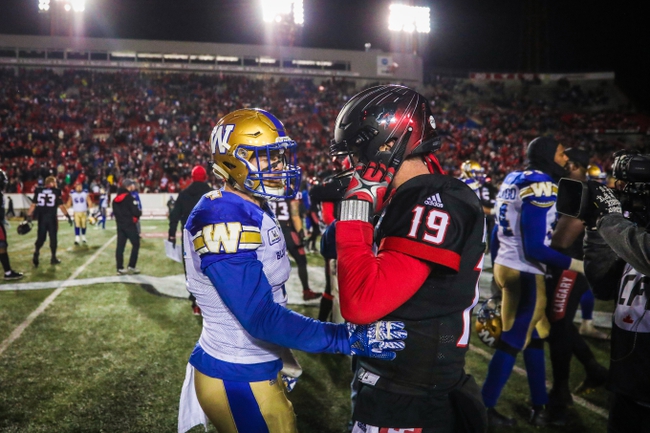 Right when you're ready to say the Calgary Stampeders are the same team from past years, they win five of their last six and have a defense that's getting better and better. The Winnipeg Blue Bombers just lost outright last week to Toronto despite being 14-point favorites, and they've had issues stopping the run as of late. Calgary has won eight of the last 10 meetings against Winnipeg, and while I'm still very high on the Blue Bombers and they've been a different team at home, it's tough to turn down this many free points given how things have played out the last two weeks.