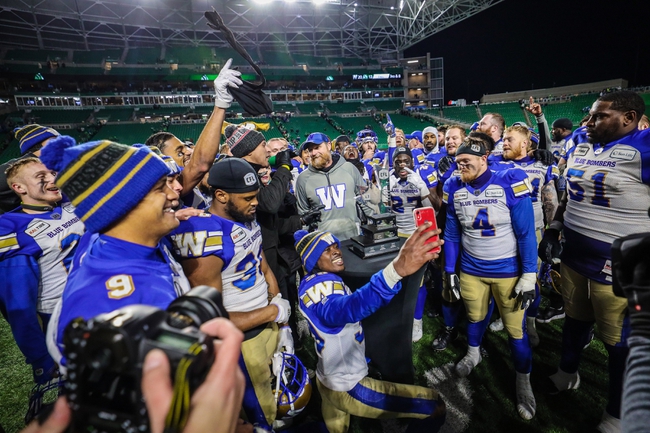 Hamilton is heading into the final after getting a great win in their last game on the field. The Tiger-Cats ended up putting a total of 36 points in on the day and allowed Edmonton only to score a total of 16 points in the game.

Dane Evans is the quarterback that led the Tiger-Cats in the last game with a total of 386 yards and a touchdown, but Evans was picked off once. Cameron Marshall is the leading rusher with 9 carries for 31 yards on the day.

With the Blue Bombers they are going to face the Hamilton Tiger-Cats for the Grey Cup final. However, the Blue Bombers are heading into the game after barely getting past the Roughriders in the finals by a score of 20-13. The good news is the offense for the Blue Bombers managed to leap out to an early lead in the game and that helped lock the game down.

Zach Collaros showed up for the Blue Bombers in the game at quarterback on the day with 267 yards in the air with a touchdown. Andrew Harris ended up carrying the ball 10 times for 41 yards total on the day.